We spotted this farm on the way to Sheyenne River Bridge and made a point to circle back when we were done there. It is at coordinates 47.269772,-98.038936, just east of the near-ghost town of Karnak, North Dakota, in Griggs County. 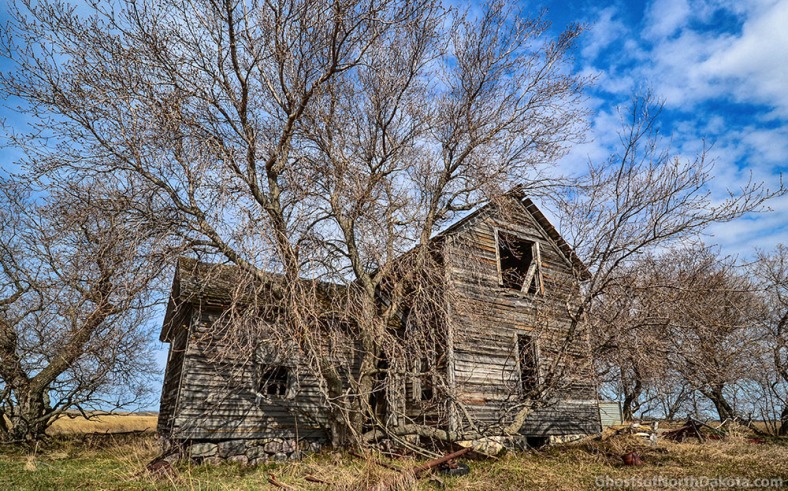 We know virtually nothing of this farm beyond its location in Griggs County, which lends this place an air of mystery that makes it all the more attractive and fascinating. 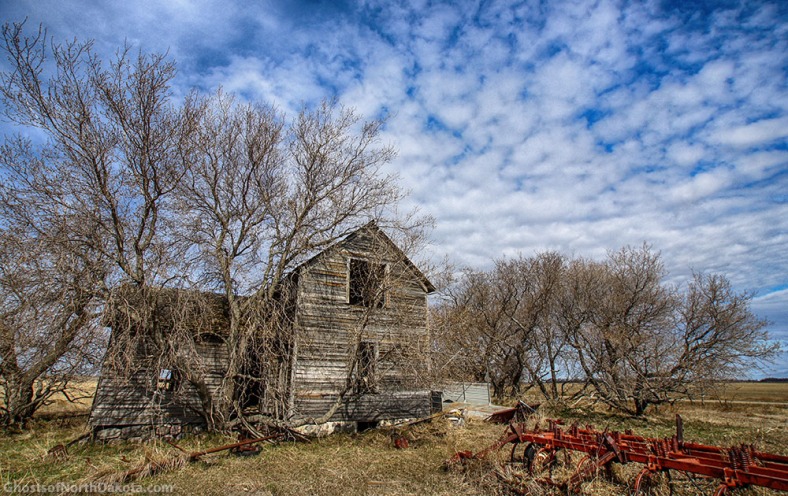 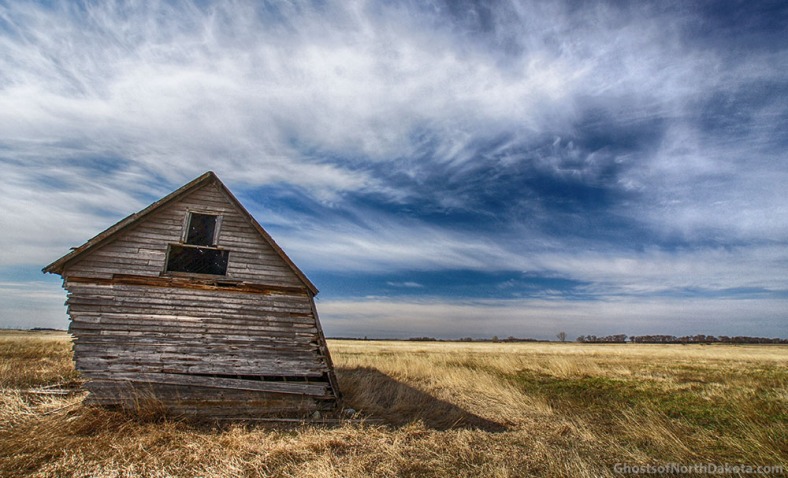 Sometimes, when you’re in a place like this, when the wind blows and the trees rustle, you can hear them… echoes of voices from the past. They’re the ghosts of North Dakota. 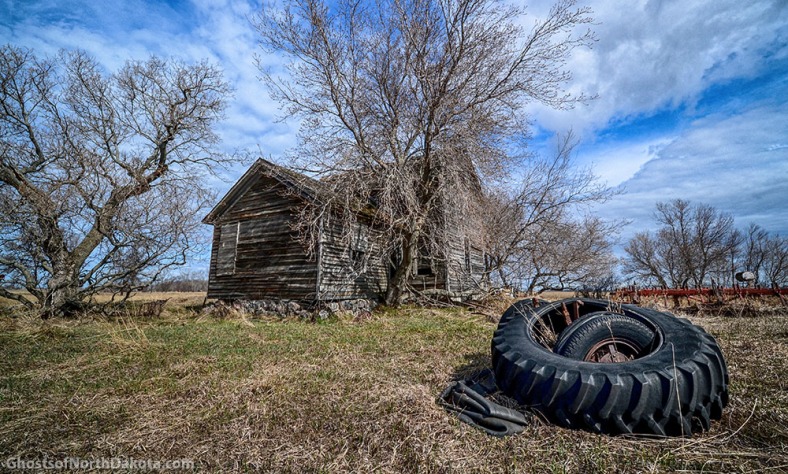 One thought on “Abandoned Karnak Farm”