The construction of Garrison Dam flooded the Missouri River Valley and created Lake Sakakawea, something we’ve covered before in posts about Sanish and Four Bears Bridge.  We’ve photographed both a church and a home that once stood in Elbowoods — structures that were moved to higher ground to avoid the flood.

Here’s a graphic, based on a Google Earth satellite shot, showing the Missouri River Valley pre and post Garrison Dam, and the former towns which had to be evacuated. There are several more not shown on this map, including Expansion, Mannhaven, and Red Butte, which are all gone, or 99.9% gone anyway.  There are still a few things to photograph though, and we hope to surprise you with some stuff in the near-future.  Until then, please enjoy and share the graphic. 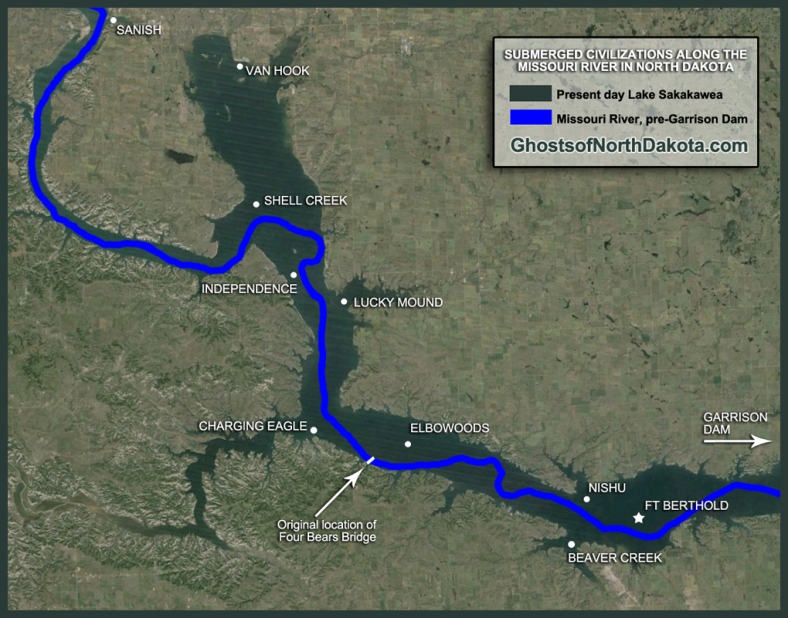