The Dust Bowl was a contributing factor in the abandonment of farms and rural towns in North Dakota during the 1930s, a subject we’ve covered before. Western North Dakota was particularly hard hit, documented in these photos of Grassy Butte. 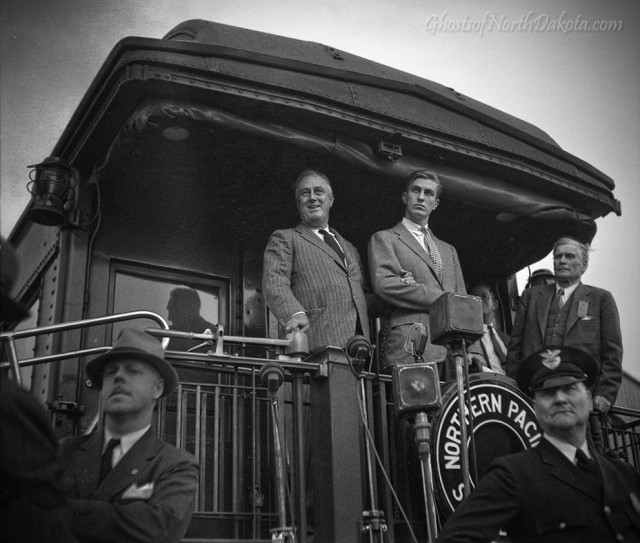 In 1936, the American economy was struggling to recover from the Great Depression. The Depression hit bottom in 1933, but the recovery was slowed in rural states by droughts and grasshopper plagues, leading to crop loss and economic hardship. In July and August of 1936, President Franklin Roosevelt toured nine drought-stricken western states, including North Dakota, to observe the conditions firsthand. In a fireside chat one month later, on September 6th, 1936, the President addressed the drought, the plight of farmers, and labor issues.