As we set out to photograph ghost towns in early May of 2012, we had Nanson in mind as our ultimate destination. We’ve known about Nanson for quite some time but somehow we just never managed to make it there — it was time.

After driving all day through an array of locations, we reached US Highway 2 and drove into Rugby for some lunch — huge double cheeseburgers at the Cornerstone Cafe (now closed). After lunch, we departed for Nanson.

As we headed north of Highway 2 we were struck by the wide open space and the brilliant blue sky. The green rolling hills brought to mind the opening sequence of ‘Little House on the Prairie.’ The trees got more sparse, and farmsteads flashed by less frequently. Sometimes it gets quiet in the car on drives like this. Conversation slows, and one of us turns down the radio in an almost involuntary reflex — unconscious appreciation for some rare silence in an increasingly noisy age. As we traveled further into the countryside, traffic diminished and Terry reminded me we’d entered waving country — when a rare truck passed, the driver lifted one hand and waved.

Just when we thought we’d driven through a time portal to the 1800’s, a wind farm appeared over the horizon and dozens of turbines with giant white blades spun lazily in the prairie wind. We traveled a few dozen miles and arrived at our turn — from a paved two lane highway to a hard-packed, chalky dirt road. We were only able to drive a few hundred feet before we were forced to get out and walk due to deep potholes with puddles at the bottom. We had arrived at Nanson.

Today, only four homes and a few scattered garages and outbuildings remain of the town that was once Nanson. Incredibly, there was not a powerline or telephone pole to be seen. The only sign that people once inhabited the place was the crumbling remains of family homes, all arranged in a line on the west side of the road.

The moment we stepped off the road, we discovered Nanson is inhabited — infested is more the word — the ticks were unbelievable. To capture the photos you see below, we accepted the price of having to pick ticks off ourselves all the way home and into the next day — and we did.

Visitors to our website have commented on a store which operated in Nanson until the 1970’s… that store is no longer in Nanson. It has been moved to the Hawk Antique and Farm Machinery Museum near Wolford.

It’s difficult to see but there are pieces of concrete everywhere beneath the grass and a concrete pad in the upper left of the photo above… the remains of a building which used to stand at the south end of town. 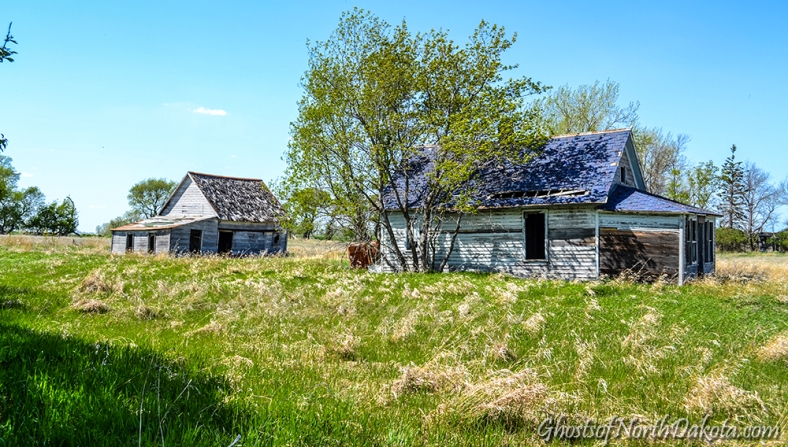 Nanson was featured in our coffee table book, Ghosts of North Dakota, Volume 1. 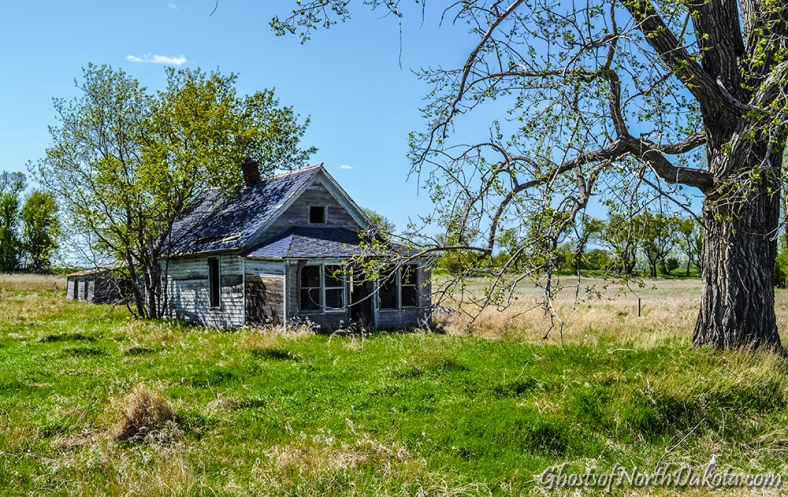 According to former residents of Nanson, there was a fire sparked in the prairie grass by a passing train (the tracks no longer go through here) that claimed Nanson’s first store, and a lot of the town. If anyone knows more about this fire, we’d love to hear it in the comments, or contact us. 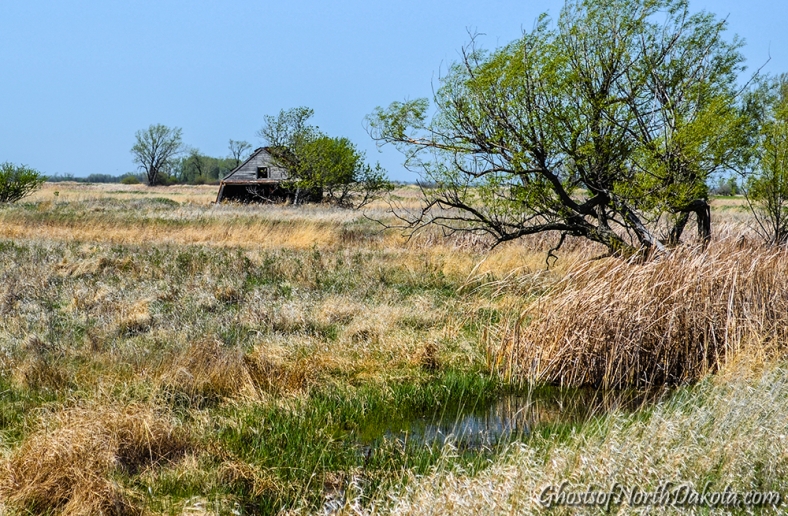 This garage is all that remains of a home that once stood at the north end of Nanson. 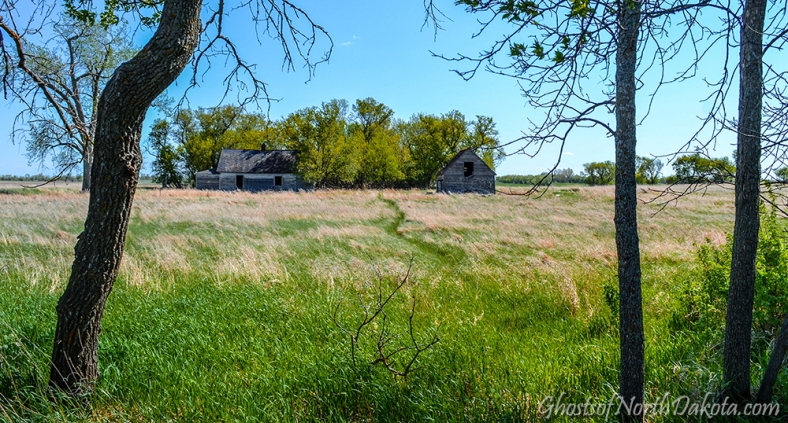 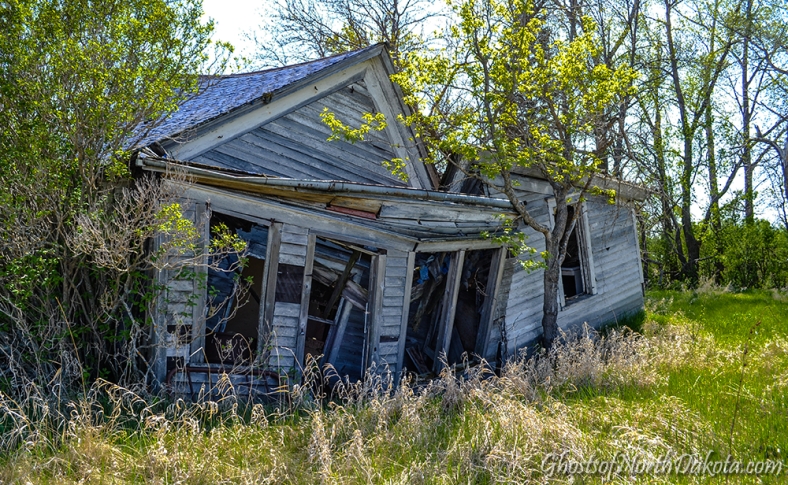 What was once a basement became a dumping spot for a time, the story told by the vintage glass bottles and cans which have been slowly but deliberately covered by falling leaves, season after season. Sometime in the future, the trash, and everything else, will disappear beneath the soil.