One of the more helpful techniques we’ve used in finding abandoned and out-of-the-way places to photograph is examining old maps. Abandonment frequently happens in the name of “progress.” When a highway was expanded, it frequently left places to wither. Similarly, the Garrison Dam project forced the abandonment of numerous places, like Sanish and Elbowoods (to name a few), and prompted the demolition of bridges and the abandonment of highways.

We recently found this Rand McNally World Atlas page that shows North Dakota in 1942, before the Interstates (actually, no roads are shown on this map, railroads only) and before Garrison Dam created Lake Sakakawea, and it’s fascinating. There are towns that no longer appear on the map, as well as some places that we’ve been planning to visit. Hopefully, we’ll have pictures of some of those places for you this summer. Until then, enjoy the map. Click on it to enlarge. 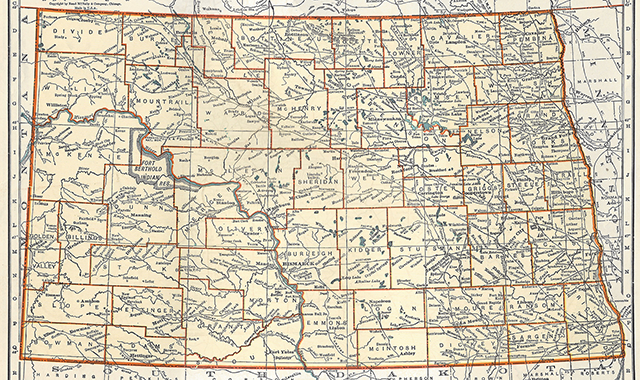 12 thoughts on “North Dakota Before the Interstates and Garrison Dam”