Sims, North Dakota is a beautiful near-ghost town, founded in what was at the time a somewhat remote spot on the prairie of Dakota Territory, about 35 miles west of Mandan. The Northern Pacific arrived in 1879 and extra boxcars were set aside to be used as businesses and shelter until a proper town could be constructed. The original settlers were attracted to coal that was easily mined here, and several early names of the town were “Baby Mine” and “Bly’s Mine.”

In 1883 the town was renamed Sims, in honor of a railroad official, and soon, settlers were arriving. A brick plant was constructed, and multiple stores sprang up, too. Some have said Sims boasted a population of 1,000 at its peak, but photos of Sims during its peak years are apparently scarce.

The population began to decline by 1886, and by 1906 the count was around 300, and down to 86 in 1910. The bricks from the brick plant were reportedly of poor quality, and coal was more plentiful in other places. Sims was slowly coming to an end.

The railroad eventually pulled up stakes in Sims, and today there is one church which is still in use, and a farmstead on the east edge of town. When we last visited Sims in 2013, we neglected to photograph several things, beginning with the concrete bridge over Sims Creek. 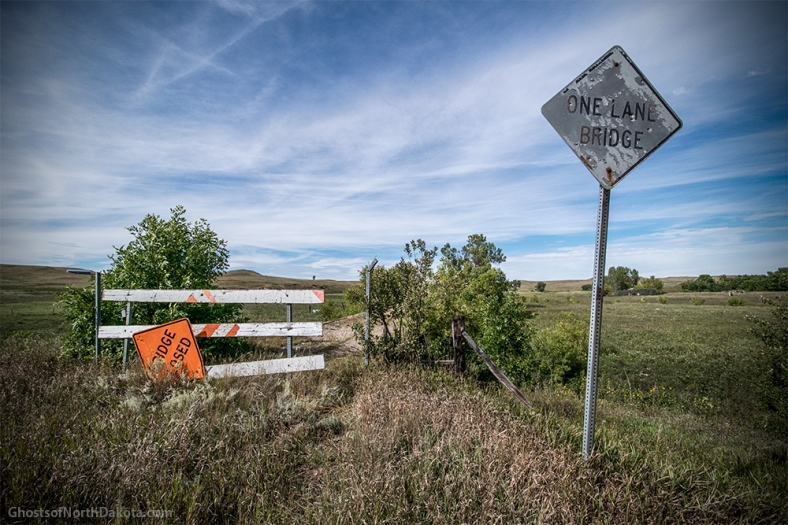 At one time, the railroad line, which ran through Sims from the southeast to the northwest, crossed Sims Creek in this spot. Judging from the street signs that were later erected, this bridge became a narrow, one-lane crossing for vehicles after the railroad had gone.

We walked north along this bridge and continued down the former railbed/road. 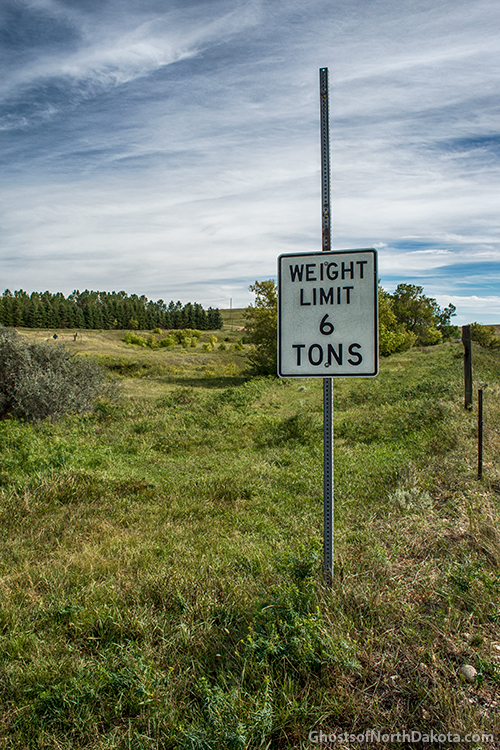 At the other end, looking south toward the bridge, the sign reads “Weight Limit 6 Tons”. It’s hard to imagine a time when this sign would have been necessary considering the old road is barely visible anymore. 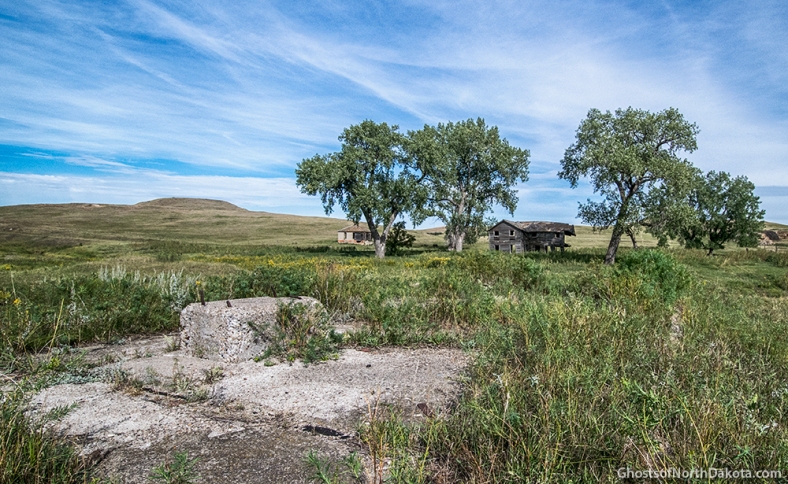 As we approached the old building at the north end of this road, we saw several remnants of structures which once stood here. The depot, the depot agent’s house, the water tower for filling steam locomotives, and the pump house all stood in this area. 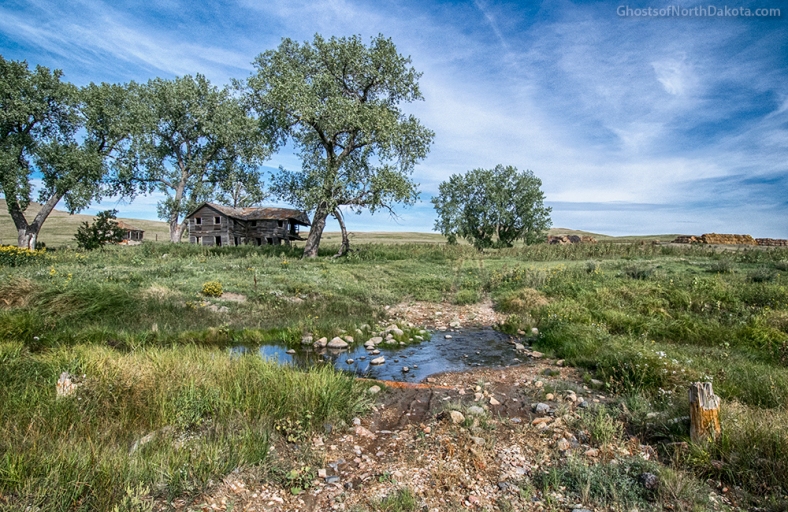 We had to wade across Sims Creek to get a few photos of the places on the other side. It wasn’t immediately clear if there was ever a small bridge here.

Perhaps I’m wrong, but according to this map on the Almont history page, I believe the crumbling building shown above was the Horlitz store. There would have been another store right next to this one at one time, the Wadeson Store.

Barring intervention by someone, the front portion of this place will not stand much longer. 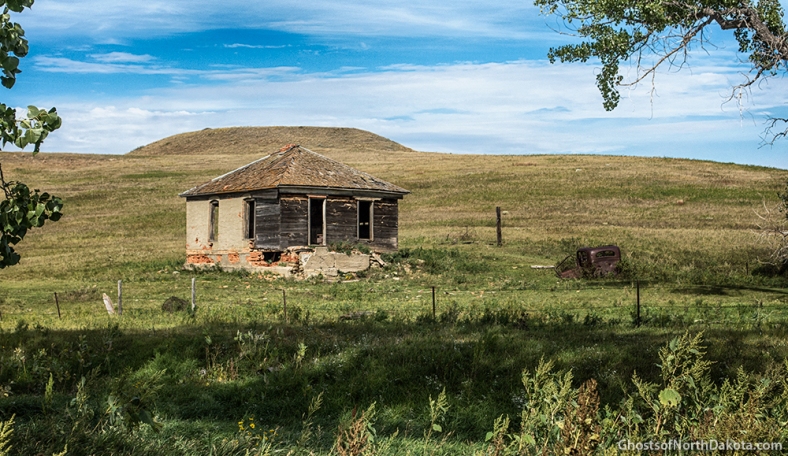 This building would be in the approximate area where the aforementioned map indicates Cecelia Jacobson’s residence would have been. It was behind a fence, so we did not go over to investigate. 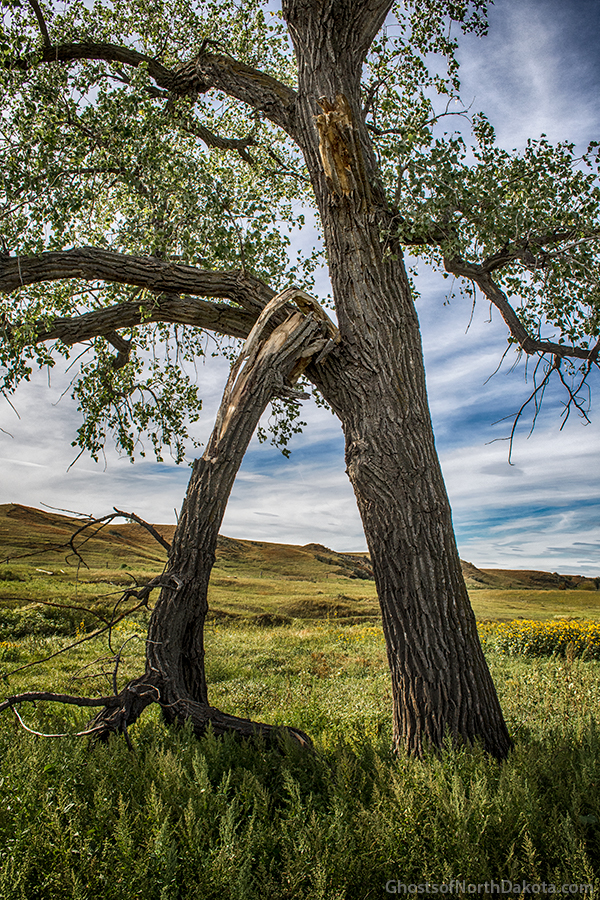 Even the trees bear the burden of time’s unrelenting weight. 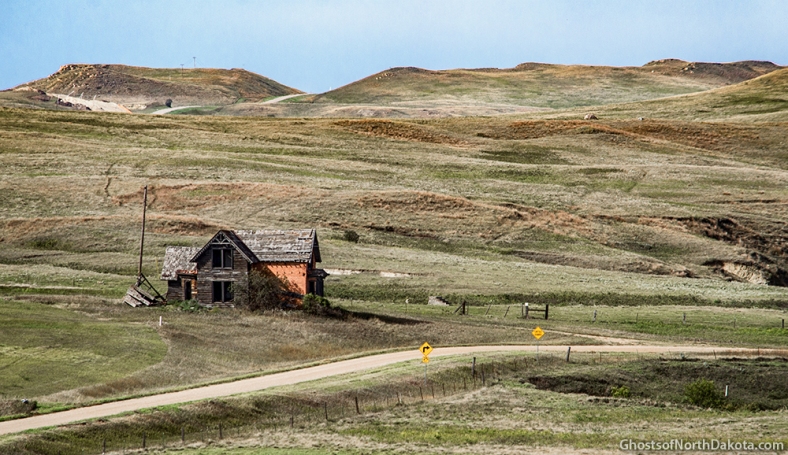 Looking down from the cemetery on Sims’ most photographed landmark, the Gray/Anderson House. When we arrived, two people on a weekend daytrip were here, walking their dog and photographing the house. There was another area resident in a truck nearby, watching the goings-on. So, if you visit, expect supervision and be respectful of this place.

The house was once nearly covered in red brick, but today most of that facade has crumbled. 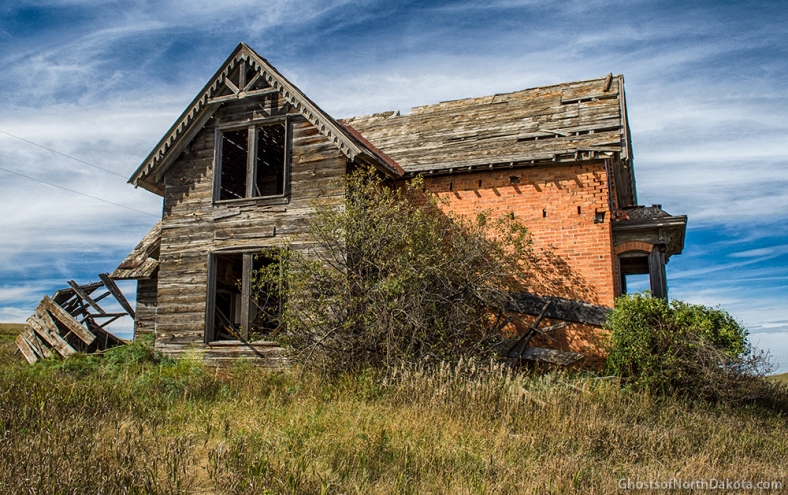 There was once a covered porch in the area where the red brick remains in the photo above, but it collapsed long ago.

Above: Looking in the front window of the house. Below: The opposite view, looking out.

Just to the north of the house, only these stairs remain in the spot where the Sims school once stood. 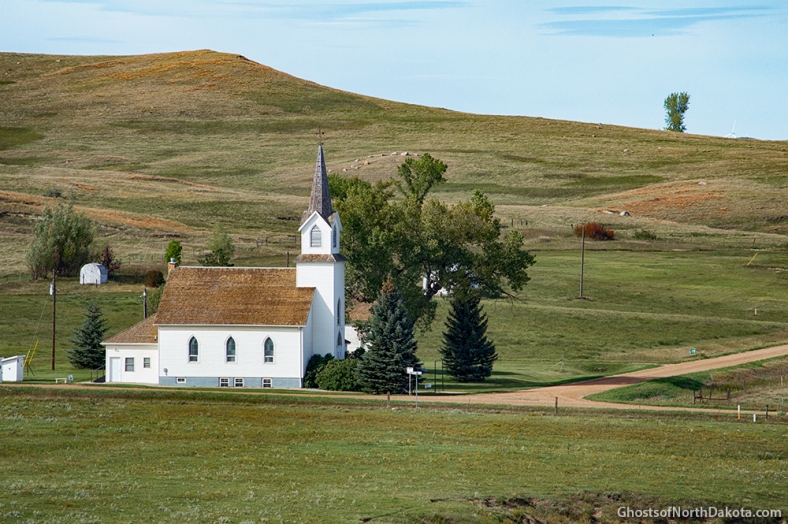 What do you know about Sims, North Dakota? Please leave a comment.

10 thoughts on “A Ghost Town Built from Coal and Bricks”