If we could magically travel back in time to photograph some North Dakota places, Lincoln Valley is one of the places we would choose to visit. We would go back to 1966, when Joe Leintz became the last resident of town. A church, store (really, an entire main street) and nine vacant residences still stood in Lincoln Valley at that time, and we would spend considerable time photographing it all. We would visit Joe and listen, enraptured, as he told stories of what it was like to be the only resident of town in the winter when a blizzard blew in, closing the roads and leaving Lincoln Valley cut off from the rest of Sheridan County.

Unfortunately, we were four decades too late for that, and by the time we visited Lincoln Valley for the first time in 2004, Joe, and most of the town, had vanished. So barring the invention of time travel, we have only old newspaper articles, like Leonard Lund’s story in the Saturday, August 22nd, 1970 edition of the Minot Daily News, to take us back in time. It was from Mr. Lund’s story that we learned about Joe Leintz and his status as the last resident of Lincoln Valley.

We revisited Lincoln Valley in May of 2010 and took the photos on this page, and we found things quite similar to our last visit, with the obvious exception of the Opp house, which is no longer standing. The field just to the northeast of Lincoln Valley where it once stood is now entirely farm land and no evidence of its existence remains above ground.

Due to a gathering of Lincoln Valley folks which took place recently, we found the tall grass on the town site nicely trimmed. The building shown above, the former bar and ice cream parlor, is in much the same condition as it was when we visited in 2004, but you can see it is slowly sinking on its foundation.

Lincoln Valley was an unincorporated town, and although it had electricity, it never had a municipal water system. Nearly every residence had its own well, and there was a community well, too. On a related note, there are open holes all over the townsite and it would be very easy to fall into one, especially on days when the grass is not as nicely mowed as it was on this day. The first time we visited, the grass was waist high, so if you visit Lincoln Valley, be careful. 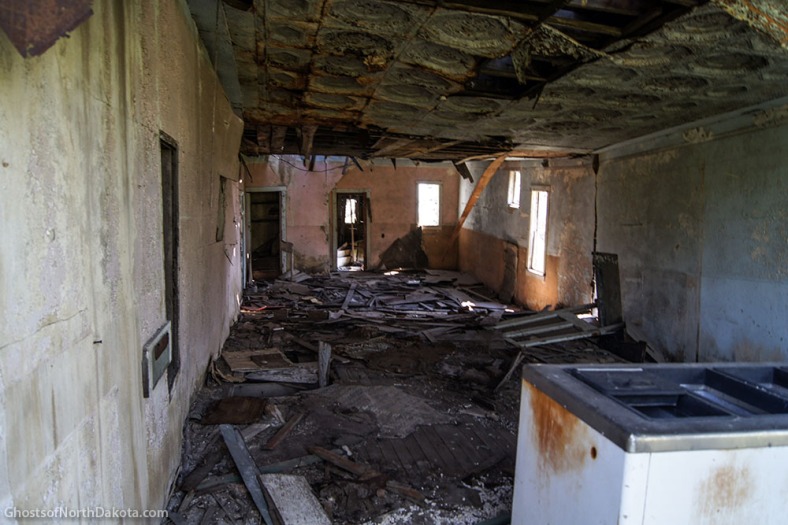 Above: Looking in the front window of the old bar and ice cream parlor. Below: A shot from the side as we walked around to get a look in the back. 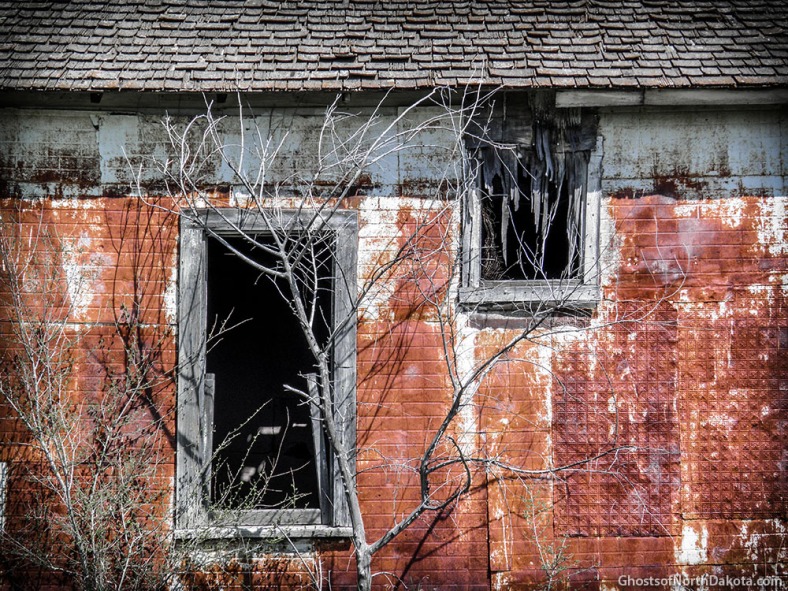 Lincoln Valley was founded around 1900 by Conrad and Abraham Reiswig, and they sold land to the Great Northern Railroad for a potential line extension from New Rockford, but the railroad never came. If it had, things would likely be much different in Lincoln Valley today. 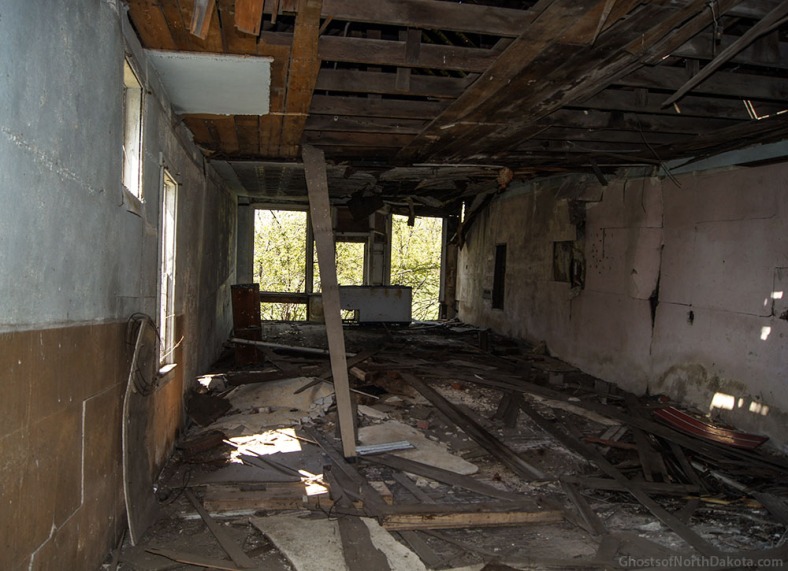 Above: Looking in from the rear of the bar and ice cream parlor. 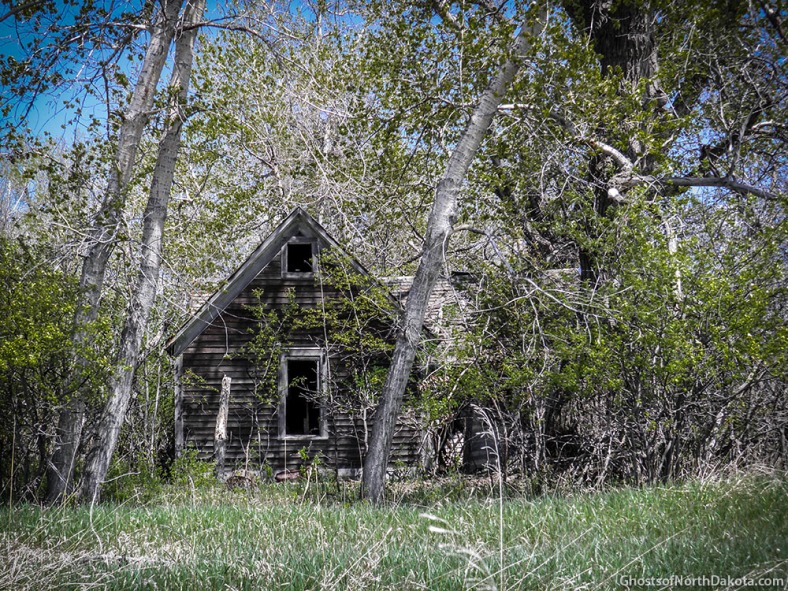 The home above, which we affectionately call the Hobbit House, looks about the same as it did last time. Visitors to our site have told us this home was actually owned by Rose Opp, mother of the Opp family who lived in the now-demolished Opp home on the northeast edge of town.

There are still a handful of abandoned residences scattered about the Lincoln Valley townsite, with vacant lots and crumbled structures in-between. Joe Leintz believed the peak population of Lincoln Valley was approximately 110 residents around 1940. 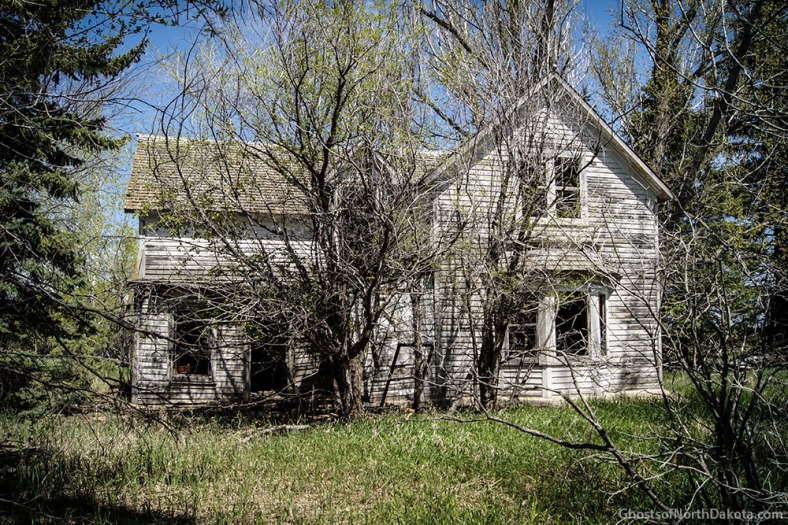 Above: If you were to crawl in one of those windows to get a look inside, your first step would be a lulu, as shown in the photo below. The floor of this old home is entirely caved-in, and the structure is very unstable. 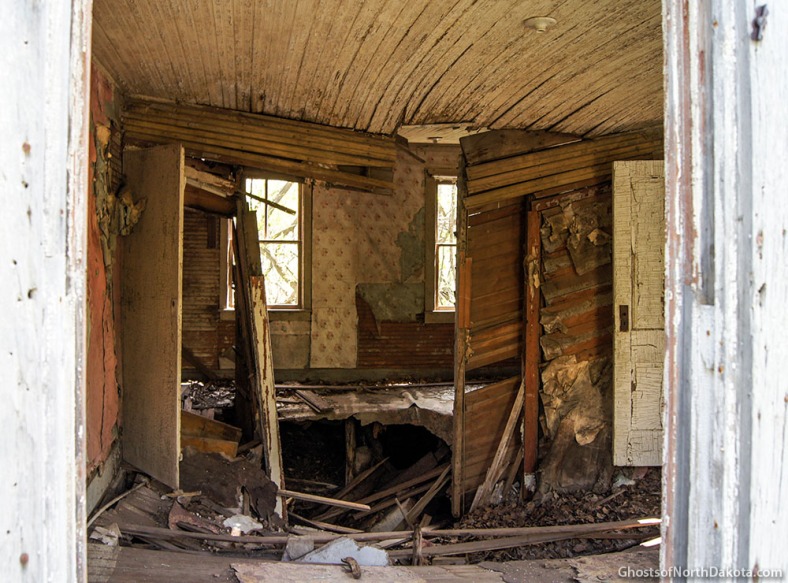 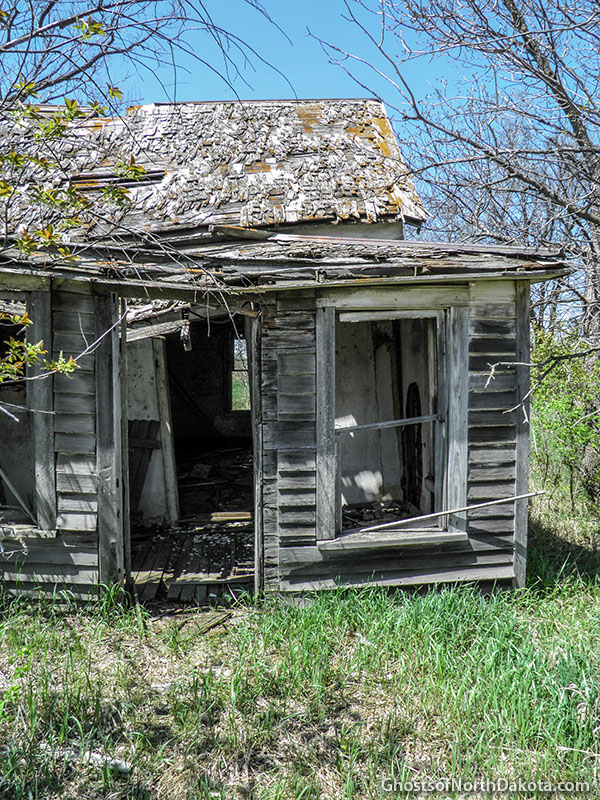 Last one out of Lincoln Valley, turn off the lights. 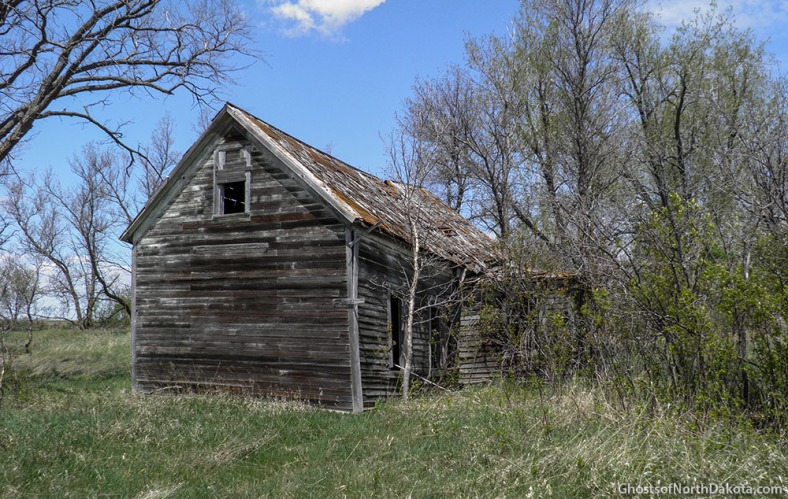 Below: It must have been a big family.

What do you know about Lincoln Valley, North Dakota? Please leave a comment below.