Little country schools like this one are a rapidly vanishing part of our history on the prairies of the high plains. From the signing of the Homestead Act through the modernization of the transportation and education systems, little country schools like this were constructed by the thousands across the Midwest to serve about a dozen students at a time. Families who had come to settle new homesteads, sometimes by wagon and sometimes by train, would send their children to a rural school where they would receive their education, frequently from a young female teacher who was barely out of school herself. In many instances, when boys reached an age where they could handle the arduous work of farming, they would leave school to work full-time on the family farm.

For those raised in the modern public school system, it’s hard to imagine this experience. Some students arrived by horse or wagon, some walked a mile or more to get to school. Most schools like this had an entry where students could kick off their boots, with the classroom behind a second door that kept it from being flooded with cold air when students entered on frigid winter mornings, and a coal or wood stove burned hot most of the day to keep the classroom warm. Most schools like this had outhouses, although we have occasionally run across one or two that were later retrofitted with indoor facilities.

We’ve seen this school referenced online as the Durham School, and it is in Stutsman County, about 21 miles north of Jamestown, along County Road 20. We would have liked to get a look inside this school, but it was unclear to us whether we would upset anyone by looking inside, and the former porch was in pretty bad condition, so we chose to stay out. 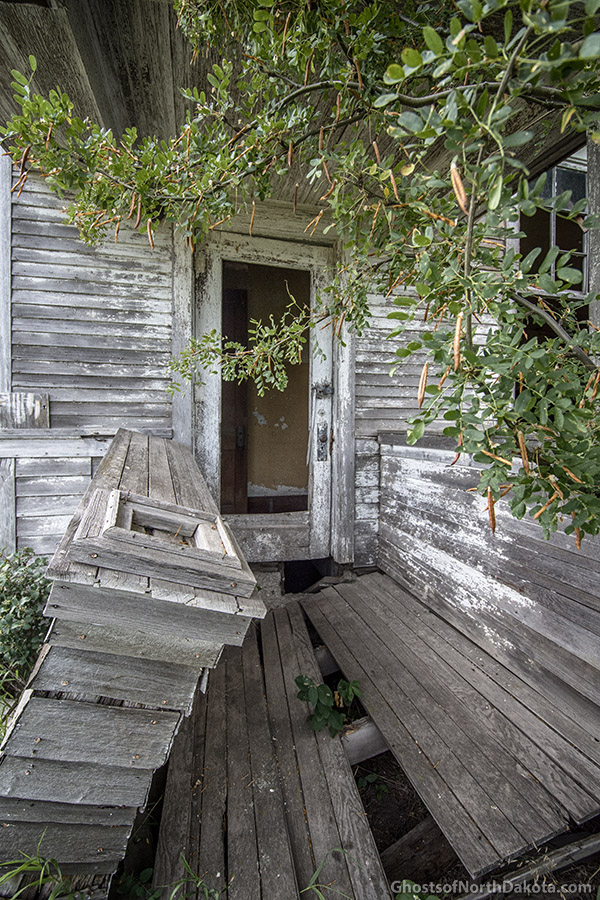 We don’t know when it was built or when it went out of service, but there’s a door to an old coal chute and the remains of an electric meter on south wall of this old school, so if I had to guess, I would say it served for three or four decades at a minimum.

The era of school consolidation left all of these tiny country schools abandoned, and with the exception of a few that were moved and restored or repurposed, most will soon be gone.

Above: The chimney has toppled over. 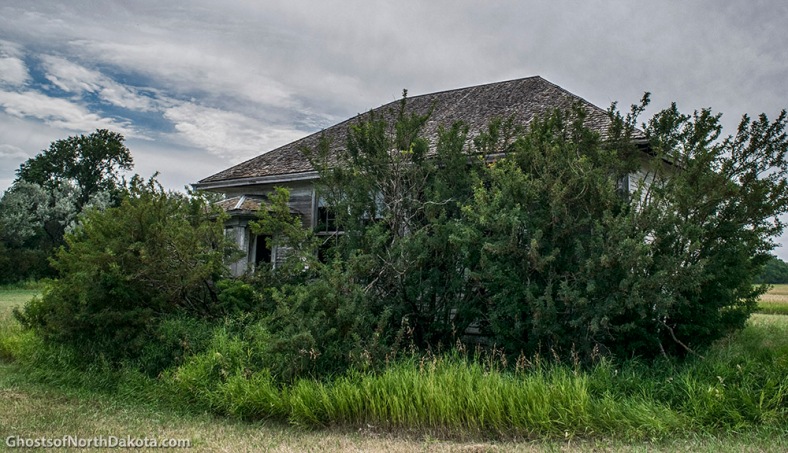 Over the years, birds have perched on the window sills and dropped seeds, which sprouted and grew unchecked until the school became nearly concealed by overgrowth. Left alone, one day this relic of our pioneer heritage will be rubble inside a wild thicket, and people driving by might see a patch of foliage and think, “Hmm. I wonder if something used to be there?”

What do you know about Durham School? Please leave a comment.