END_OF_DOCUMENT_TOKEN_TO_BE_REPLACED

When we planned our trip in early October of 2014, we realized we would be in the area of Deisem and made plans for a return visit. Deisem’s former church, the lone remaining structure, was in such terrible shape last time we were there, we didn’t know whether it would even be standing when we returned.

END_OF_DOCUMENT_TOKEN_TO_BE_REPLACED 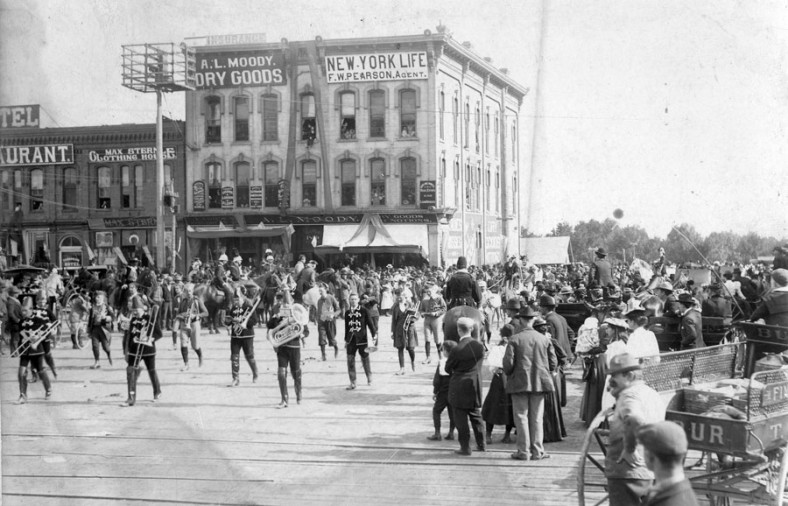 It’s always a thrill to see enthusiastic residents get involved in saving historically and culturally significant places in their communities, but in North Dakota’s vanishing small towns, the losses frequently outnumber the wins by a significant margin. It’s something we’ve seen time and again in over ten years of photographing North Dakota.

What follows is our personal list, by no means exhaustive, of ten significant North Dakota places that have unfortunately lost their battle with time.

Since starting this website about North Dakota’s ghost towns and abandoned places in early 2004, suggestions about places to visit have been rolling in. One of the suggestions we’ve received on more than one occasion is a place called Deisem, North Dakota.

So in July of 2012, with fellow photographer and GND co-founder Terry Hinnenkamp, we set out for Deisem. Driving through LaMoure County just south of Jamestown, we turned onto what can only loosely be described as a “highway” — Highway 34, northwest of Edgeley. We discovered what was once a bright yellow line dividing two very narrow lanes is now barely visible, and gravel pokes through the asphalt in places. Traffic is nearly nonexistent.

We arrived to discover this church is all that remains of Deisem, North Dakota. The location is remote. We were on site for about a half hour on a Saturday afternoon and we didn’t see a single car pass by.

This church was reportedly a Seventh Day Adventist church, and it is now in very tenuous condition. If it survives another heavy snowfall, we’ll be surprised. In hindsight, we were quite foolish to explore the inside at all, and we would strongly recommend you admire it from the outside if you should decide to visit. It could collapse at any moment. 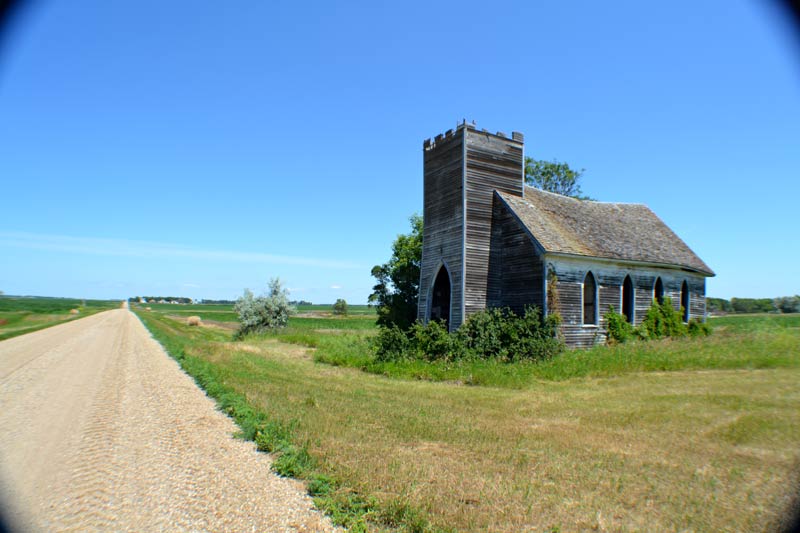 According to North Dakota Place Names by Douglas A. Wick, Deisem was founded in 1880. The Post Office was established in 1907, but was closed for good when the store it was housed in burned to the ground on January 30th, 1943. The end came officially in 1984 when the railroad pulled up stakes.

According to reports by fans on our Facebook page, Deisem was quite a happening town back in the day, and was home to a well respected general store which is long gone. There are various foundations hidden in the tall grass on the former Deisem townsite though, remnants of a town now lost.

The outhouse is gone, but the hole in the ground remains, and as is often the case in abandoned places, there are other hazards which remain hidden in the tall grass. It wouldn’t be hard to step in the wrong place and twist an ankle or a knee.

The remains of several crumbled foundations are nearby, near the rail line which pulled up stakes a long time ago. 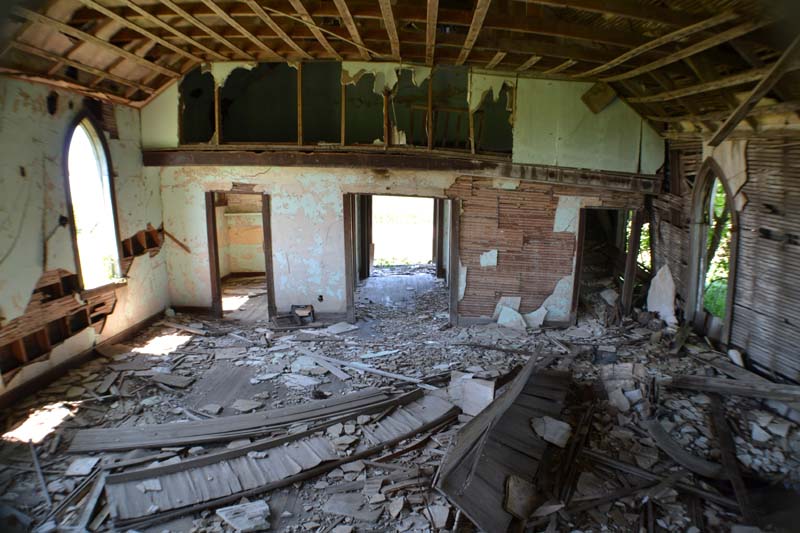 The view from the pulpit. 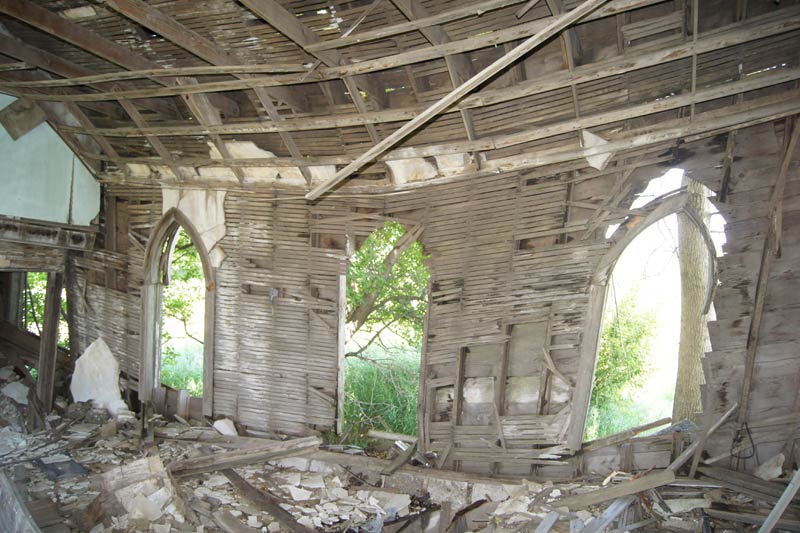 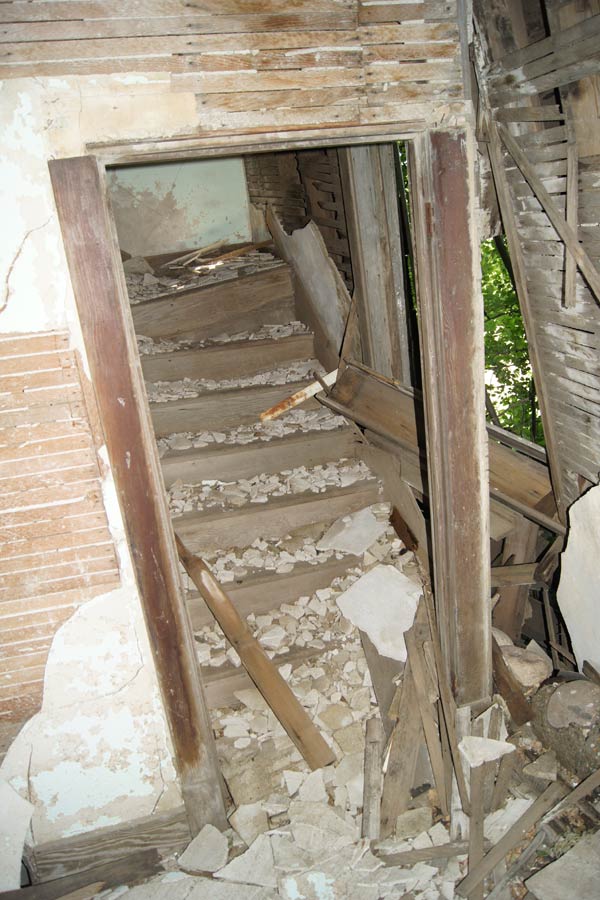 The stairway to the balcony.

Looking down from the balcony. 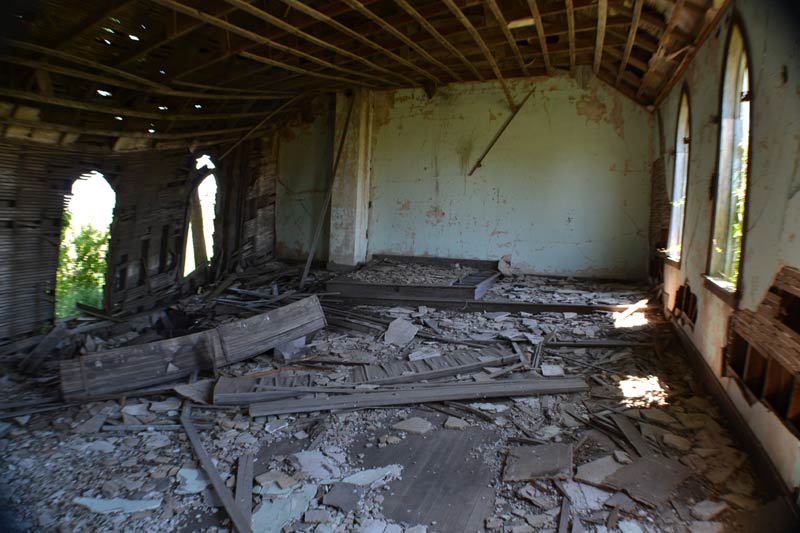 This church is far beyond saving and will soon collapse, if it hasn’t already.

As we left Deisem, I took one last look in the mirror, all too aware that we may have photographed a place called Deisem for what may turn out to be the last time.