It’s always a thrill to see enthusiastic residents get involved in saving historically and culturally significant places in their communities, but in North Dakota’s vanishing small towns, the losses frequently outnumber the wins by a significant margin. It’s something we’ve seen time and again in over ten years of photographing North Dakota.

What follows is our personal list, by no means exhaustive, of ten significant North Dakota places that have unfortunately lost their battle with time.

A half dozen structures or more have been lost to fires of questionable origin in Fillmore in recent years, a story which we addressed here.  As a result, we went back into our photo archive and chose to add to the site these photos, which we’ve never before posted. Most of what you see here is now gone.

This building is now gone. 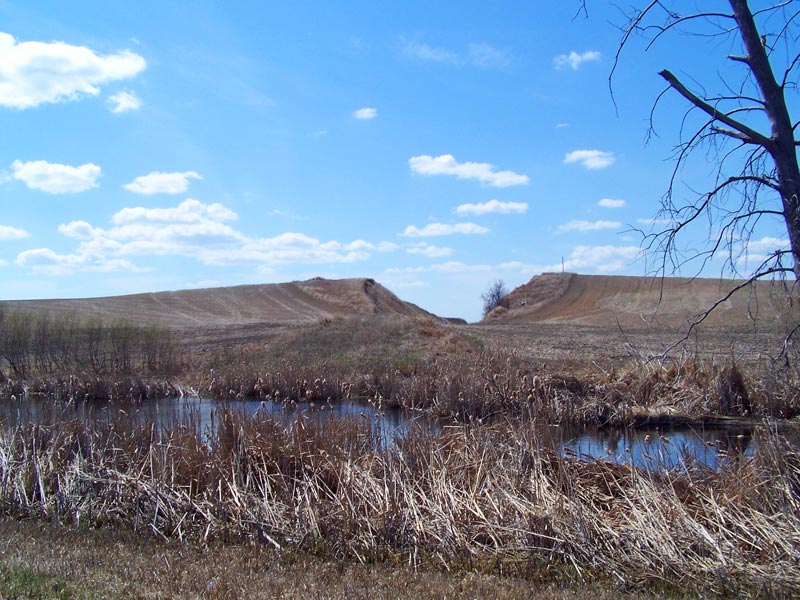 The rail line which once ran past Fillmore went right through this cut in the ridgeline. 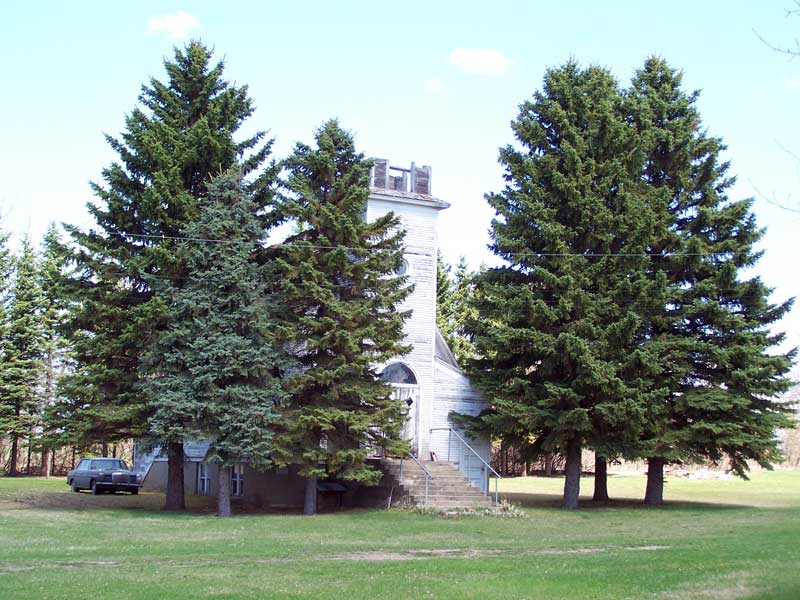 Both of these buildings are now gone.

We first visited Fillmore in 2006 and we were completely blown away. Fillmore was one of the most impressive near-ghost towns we had ever been to. At the time, there just a couple of part-time residents, and more than a dozen abandoned structures including a bar, a store, a community hall/gymnasium, an auto shop, and numerous homes.

For some time, we had known the gymnasium had been listed for sale. In summer of 2012, we started hearing from people who said something had happened in Fillmore. A centennial celebration had taken place, and in the process of cleanup before the celebration, a number of structures had been burned. We heard rumors of lawsuits, and got emails from people who told us stories about angry property owners. In an effort to get a little clarity on it, I emailed and spoke with several people on both sides of the conflict over what happened in Fillmore, and this is what I was told:

These are conclusions I was able to draw based solely on conversations and correspondence with people involved.  And it brings several things to mind.  The importance of respecting property owners’ rights, for instance, regardless of whether the property owners are local residents.  On the flip-side, if a property owner lives in a distant location and purchases a property for a song with the intention of ‘doing something with it, someday,’ what responsibility do they have to visit their property regularly and maintain it? And how can these disputes be resolved respectfully?

In a state like North Dakota where properties in remote locations are frequently forfeited to the county for back taxes, then purchased by someone else for a dirt cheap price, these are not easy questions to answer.  But what we can say for sure is that Fillmore, North Dakota will never be the same.  We left with heavy hearts after seeing that fifty percent of the town is now gone.

Here’s a photo from 2006 on the sidewalk in front of the bar and store.

And here’s a photo we took in 2012 looking down the same sidewalk.  Both buildings gone.

Here’s a photo of the gymnasium/community center in 2006.

And here’s what remains today.  Just the front steps. 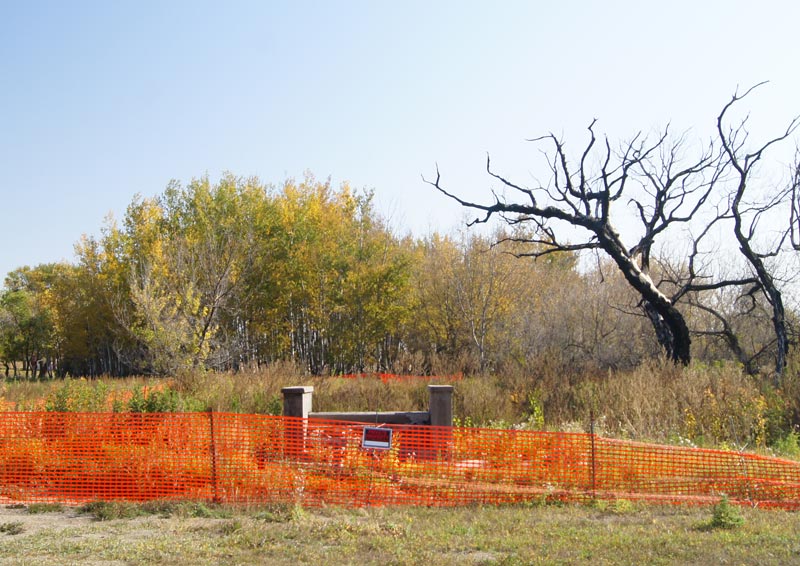 Here’s another view of the bar and store in 2006, note the position of the double pine trees behind the building.

Here’s a photo from 2012.  The double pine trees are still there, but both buildings are gone. 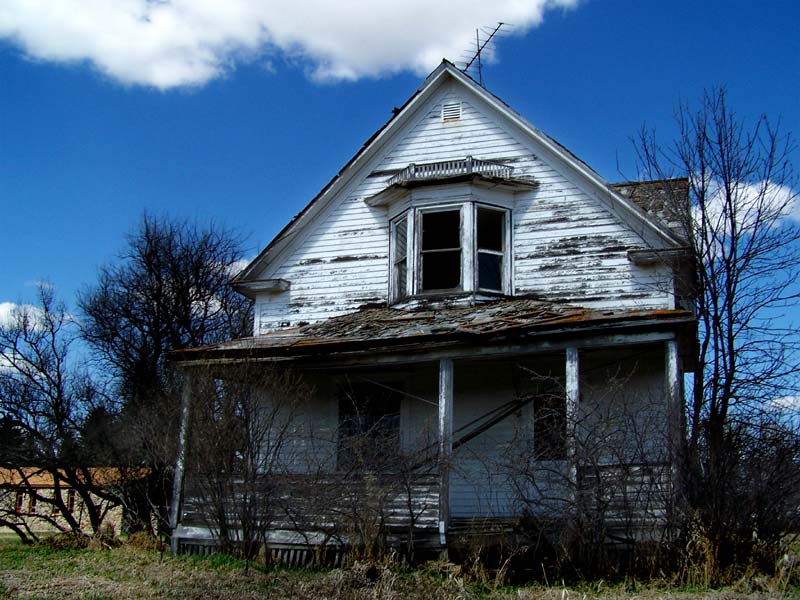 Fillmore, ND is in Benson County, about 20 miles SE of Rugby, the geographical center of North America. Fillmore reportedly had 150 citizens in 1920, but that declined to 74 by 1960 and today Fillmore is home to only two part-time residents.  When we arrived, we were surprised to find Fillmore was one fo the best North Dakota ghost towns we’d run across so far.

There is a defined Main Street in town with vacant buildings staring each other down from opposite sides of the street. There are many vacant homes too, not to mention two vacant churches.

The townsite pictured here is actually the second townsite to bear the name Fillmore. The original townsite several miles southeast is now wiped from the prairie.

Like most ghost towns in North Dakota, Fillmore was another casualty of the decline of the train and the rise of the automobile. 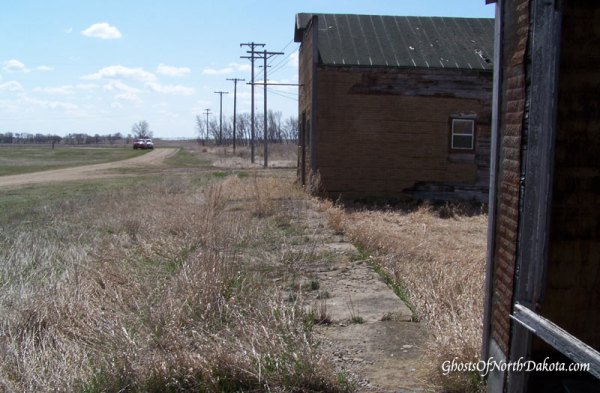 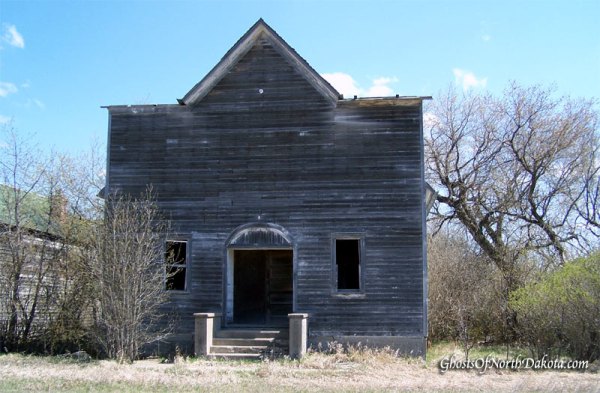 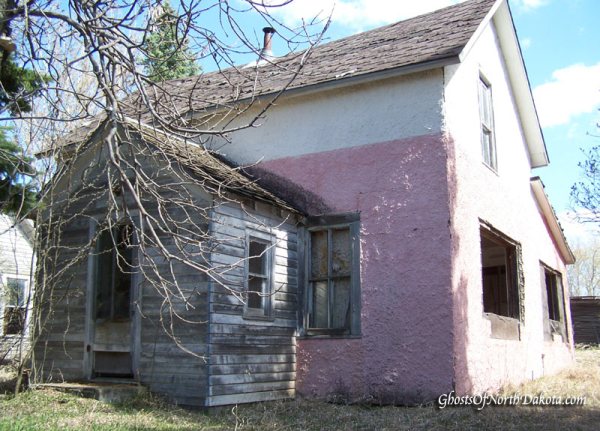 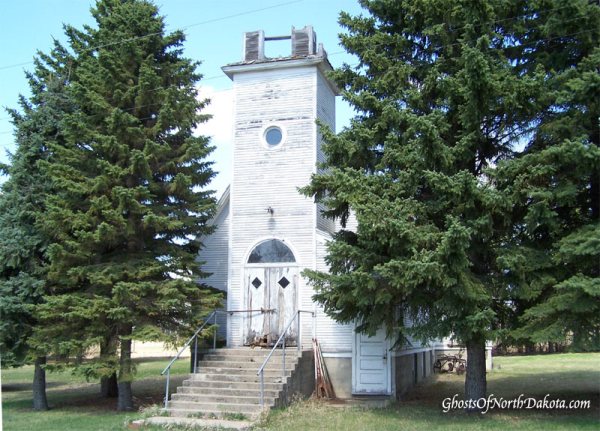 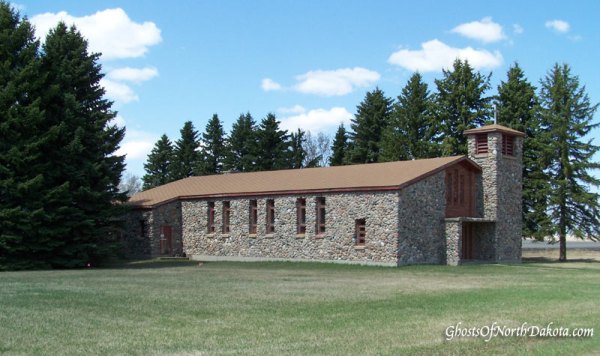 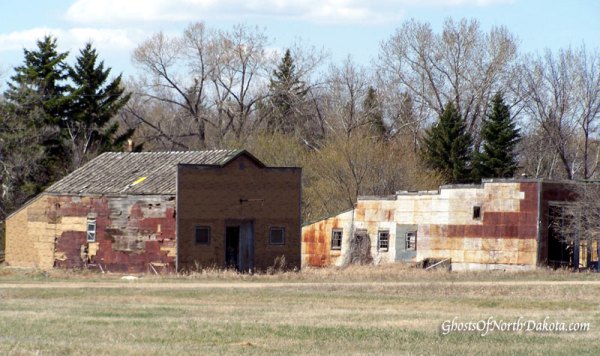 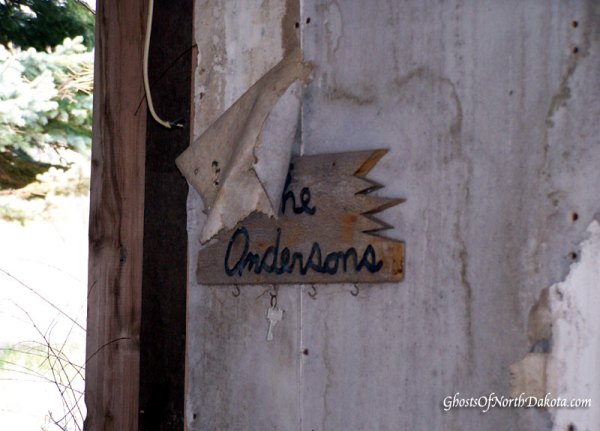 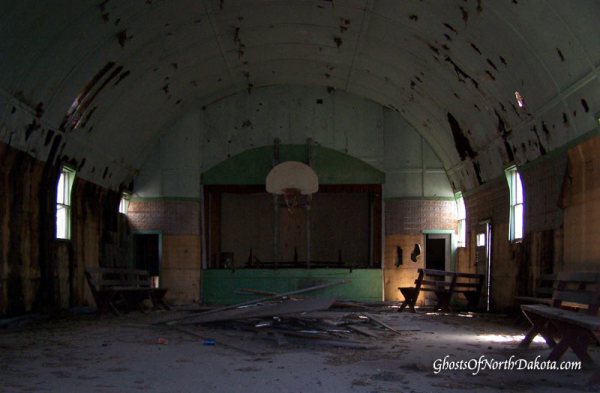 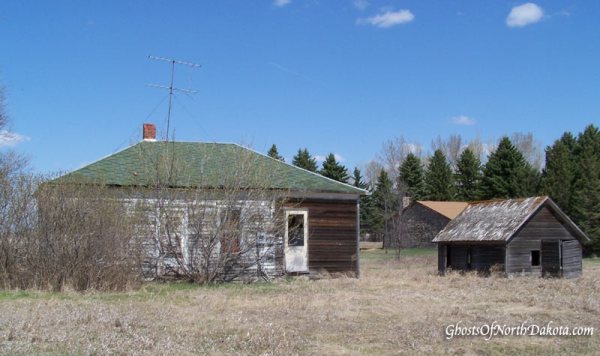 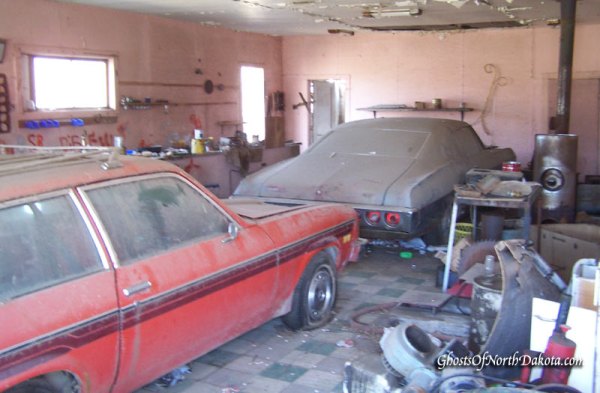