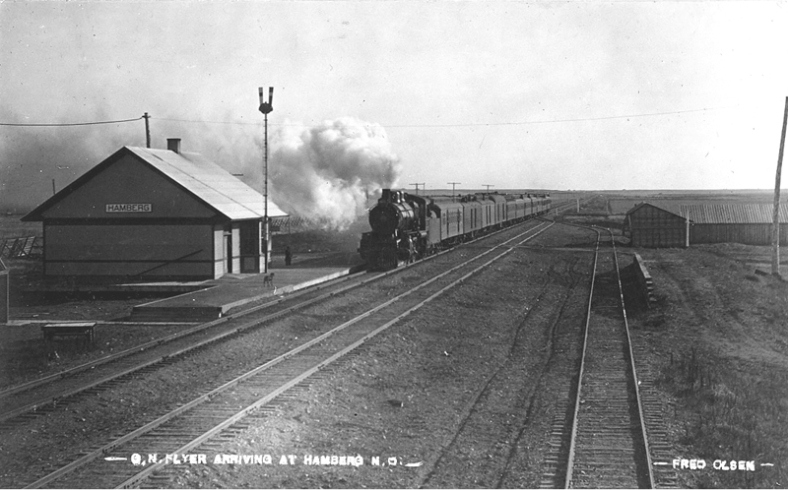 We visited Hamberg, North Dakota, a near ghost town in Wells County, about 18 miles east of Harvey, for the first time in 2008, to photograph an old school which has since burned in an accidental fire.

Thanks to Heidi Ermer, we can now take a brief look at Hamberg as it appeared in yesteryear when there were residents numbering in the hundreds, as versus the approximate 20 residents who live there today. Heidi sent us the following postcards. The exact year of these photos is unknown.

END_OF_DOCUMENT_TOKEN_TO_BE_REPLACED

We’ve been collecting postcards and vintage photos for years with the intention of doing a book one day. Today, I discovered a couple postcards depicting vintage views of Devils Lake, and thought we should share these on the site. The quality of the first postcard was so good, we were able to zoom and bring out some interesting details.

END_OF_DOCUMENT_TOKEN_TO_BE_REPLACED 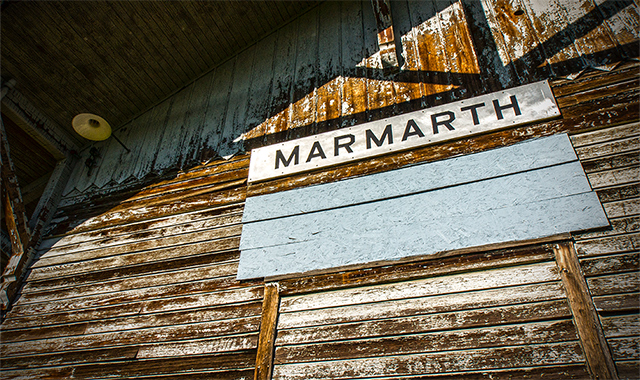 Marmarth is in the far southwest corner of North Dakota, in the Badlands of Slope County, about seventy miles as the crow flies southwest of Dickinson. It’s a town we fell in love with the first time we visited in 2007, because, although there are still over 100 residents there (136 in the 2010 census), there are also a number of very impressive abandoned structures to photograph.

END_OF_DOCUMENT_TOKEN_TO_BE_REPLACED

Medora, North Dakota is the leading tourist attraction in the state, so perhaps it’s apropos the population is only 112.  This is the biggest, most diverse little town you’ll ever visit — the hotel rooms outnumber the bedrooms in this town, and the streets are chock full — complete with antique and gift shops, saloons, museums, wildlife, scenery… the list is endless.  But don’t expect the typical, there’s not a McDonalds or any other franchise joint for miles. END_OF_DOCUMENT_TOKEN_TO_BE_REPLACED

Fordville just happened to be on our route as we explored a few towns in Walsh and Ramsey counties.  It is not a ghost town or a near-ghost town… more like Pleasantville.  According to the 2000 Census, Fordville had 266 residents, shrinking to 212 in 2010. 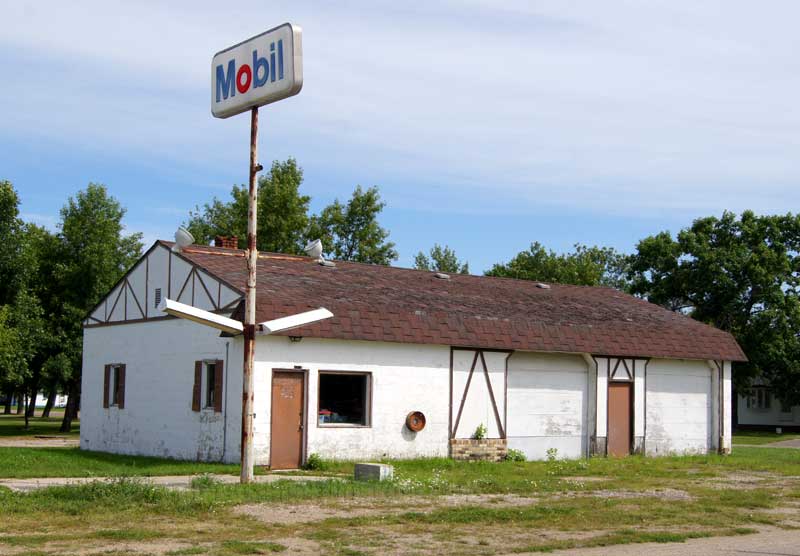 The most prominent landmark was the Ford Theater, a beautiful brick building that’s been carefully tended, but in need of help with the roof.

The owner kindly posted a flyer which reads as follows:

Future plans: Restore theatre, display train collection for public display and offer tours of the theatre.
Popcorn sales on Thursday evenings through the summer
Any help with roof repairs would be much appreciated. 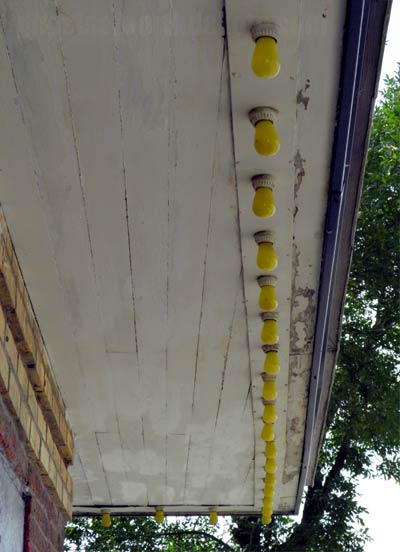 There were a few structures that looked ‘semi-vacant’– in that gray area between seldom used and used every day.  No real abandoned structures however.  So we just took a few shots that looked nice.

The clock struck noon while we were visiting and the air raid siren on top of this tower sounded. 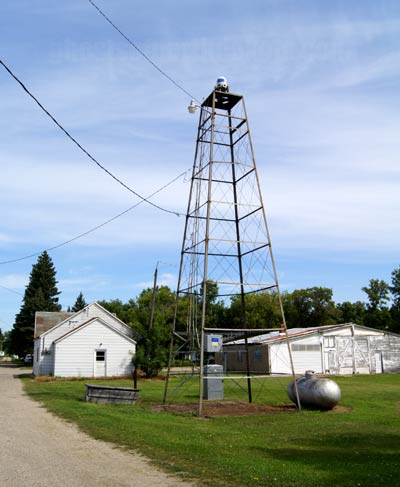 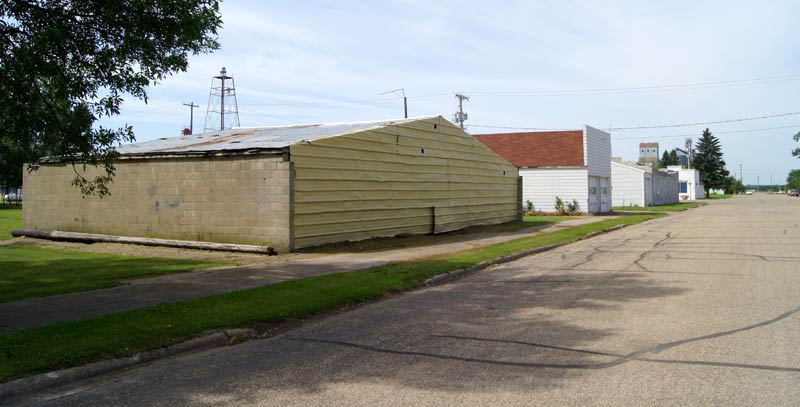 In the course of his travels, Terry stumbled upon the Stardust 17 Drive-In on the west side of Grafton.  The Stardust held 300 cars and hosted movie showings for decades. According to one online account, the Stardust 17’s screen blew down in a windstorm in October of 1991.  There were some initial discussions about getting the drive-in going again, but cost put the brakes on a recovery.  When we visited in 2011, the theater had been idle for years.

When we visited in 2011, we found the place a shadow of its former self.  All of the window speakers were gone.  The concession stand’s roof was caving in, and the ticket booth had deteriorated significantly.

The marquee out front is from the Strand Twin Theater in Grafton.

The Lake Park Drive-In in Williston, which was the last operating Drive-In in the state, is now closed, leaving North Dakota with no more operating drive-ins.

Update: we’re told the remains of the screen were taken down a couple years ago. The Stardust 17 is no more.

A couple years later, we visited another vacant drive-in theater, the Pineview Drive-In in Nebraska.

I’m old enough the remember the waning days of the drive-in era, and although there are next generation drive-in theater operators making a go of it lately, the magic of the drive-in is not likely to be recaptured. It would be great to live it all again… to smell the hot dogs and popcorn on the breeze of a hot summer night, swatting mosquitoes and playing on the playground so Mom and Dad could smooch in the car…

Read more about the Stardust 17 and other Drive-In movie theaters here.

Slope County
Inhabited as of 5-07

Marmarth, ND is a Badlands town in Slope County in the extreme southwest corner of the state.

Marmarth is one of the more populous towns we’ve photographed with 130 people according to the 2010 Census, but minimum conveniences. Marmarth has lost 190 residents since 1960.

There’s an exhilarating old west ambience in this part of the state… Montana is only five miles west and it’s just a three hour drive to Devils Tower National Monument in Wyoming.  The landscape is a harder, chalkier badland than the more pastoral lands to the east and radio signals sometimes elude the car radio as the highway winds past the occasional butte.  There’s a gas station, a bar/steakhouse (with excellent food), and a railroad bunkhouse where you can rent a room with a double bed for $15 per night.  At the time we visited, we were told they had dial-up internet in Marmarth, and satellite was the only way to get TV programming.

The train depot has been cut in two pieces and relocated to a stretch of grass along the highway as you enter from the east. 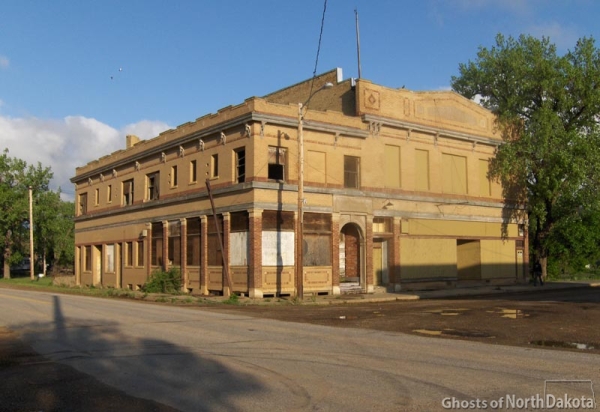 The 1st National Bank and Barber Auditorium in downtown Marmarth, built in 1918. 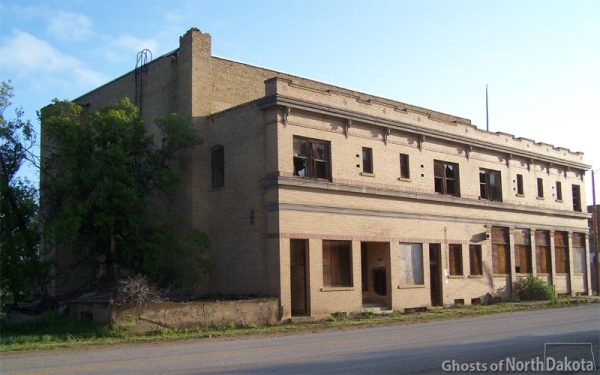 In the basement of Barber auditorium. 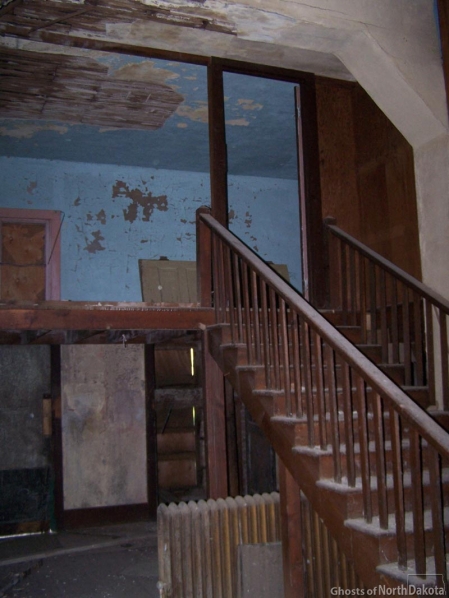 The staircase on the main floor of the auditorium. 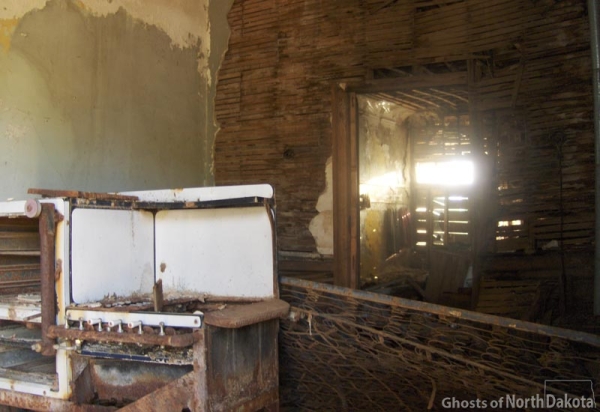 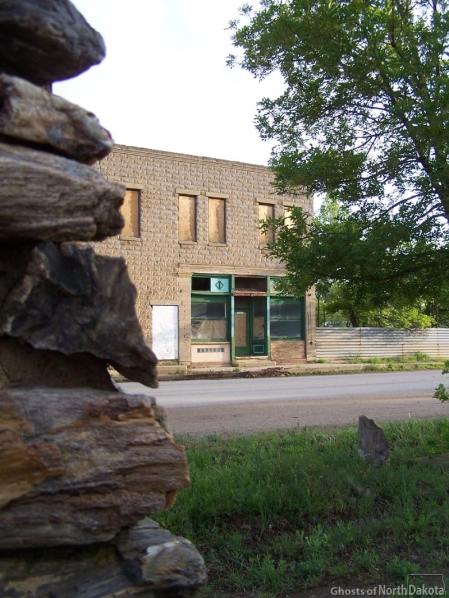 A former storefront, now only storage. 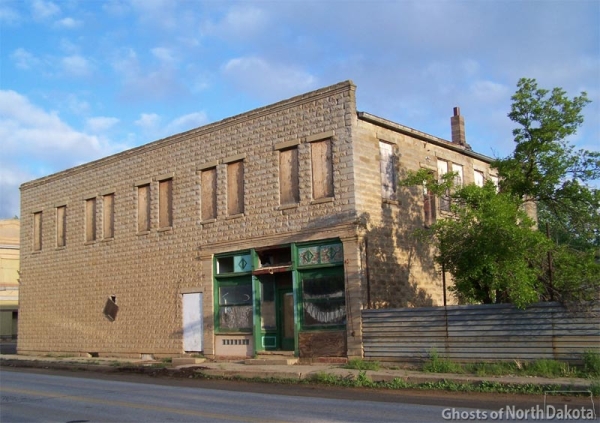 These were the first two jail cells ever installed in Marmarth.

The Pastime Bar has cold drinks, and the food in the steakhouse at the rear is excellent. 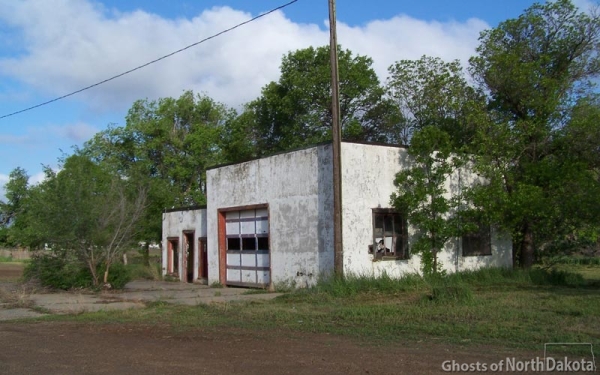 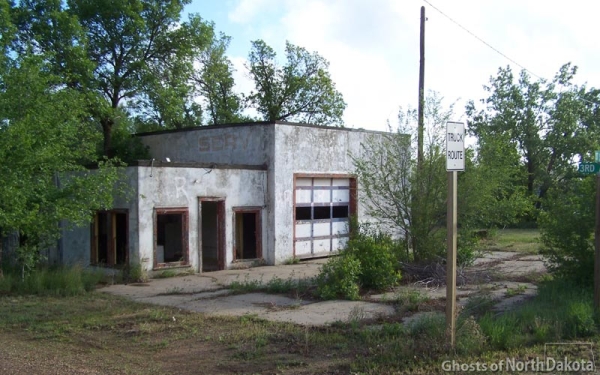 The depot has been moved. 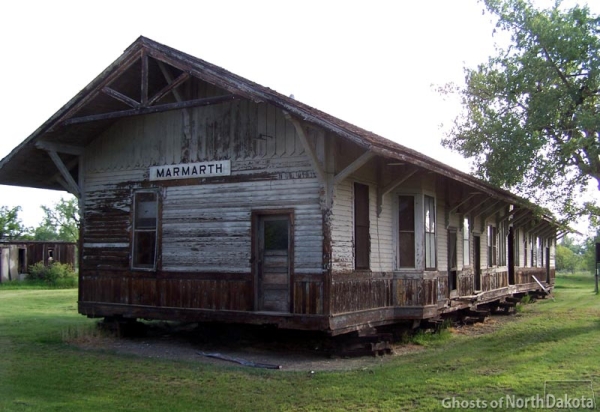 It now rests on blocks alongside the road in downtown Marmarth.

We rented rooms at this former railroad bunkhouse for $15 bucks a night.