Grace City was on our list of places to visit when we stopped in nearby Mose and Juanita in 2004, but we headed off in pursuit of other attractions and didn’t make it to Grace City until May of 2014.

Grace City is in Foster County, about twenty minutes northeast of Carrington, and it had 63 residents as of the 2010 Census. 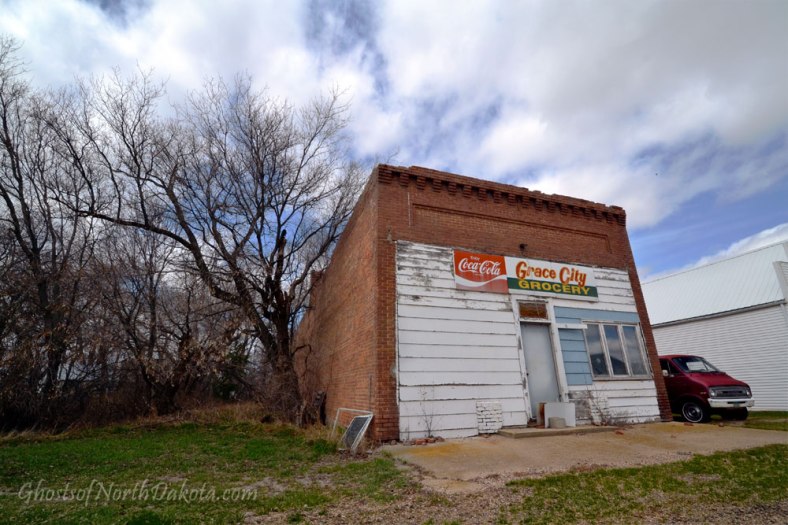 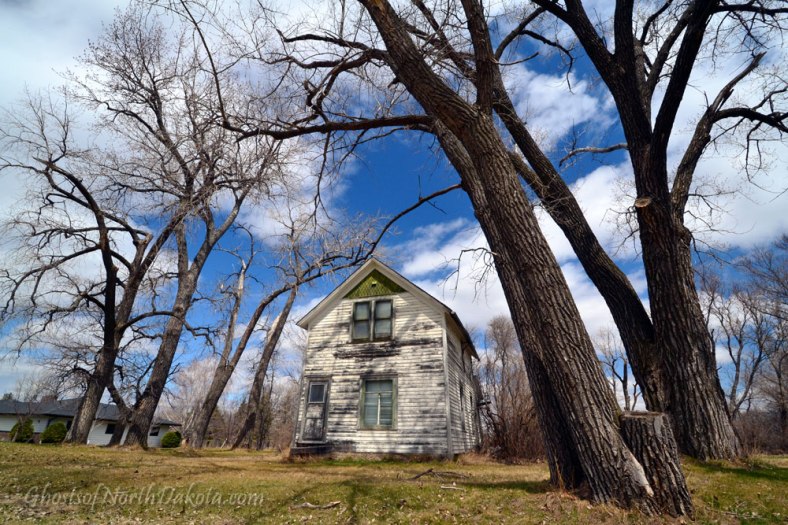 The intersection of Main Street and N Railroad Ave has been relocated to this former pump island.

This lonely, old, boarded-up church is in the hardcover book Churches of the High Plains. 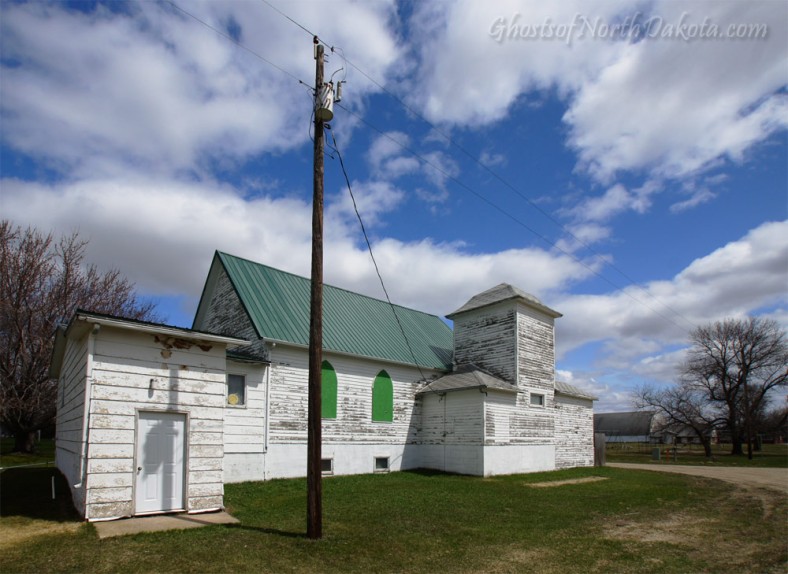