Berwick is a near-ghost town in McHenry County, about 7 1/2 miles east of Towner, or 11 miles west of Rugby, and very much off the beaten path.

At one time, this was the main street in Berwick, North Dakota. A brick, single-story building wears a sign that reads “Holmes’ Bar,” and it stands one lot over from an abandoned building with peeling siding, the two conjoined by a weathered picket fence. People once came and went every day, but today, they are empty places, and farm trucks pass without stopping. They’re just the ghosts of Berwick Lane.

Berwick is near a historic site–St. Anselm’s Cemetery, Wrought-Iron Cross Site–which was placed on the National Register of Historic Places in 1989.  We weren’t aware of it when we visited Berwick in 2010, but you can bet we’ll get some photos next time we’re in the area.

The brick chimney on this tiny prairie home has collapsed, and the bricks lie scattered about the roof. 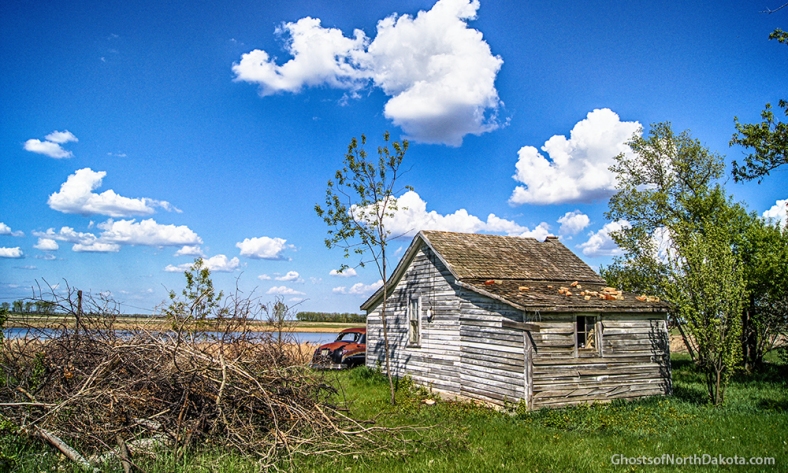 US Census Data for Berwick
Total Population by Place

During our visit to Berwick we talked to several people, including one gentleman who was using his weekend to fix up a local home with an affordable remedy we’ve been seeing a lot of lately — galvanized steel roofing.  He told us he’s trying to fix up as many as he can, and we were glad to hear it. 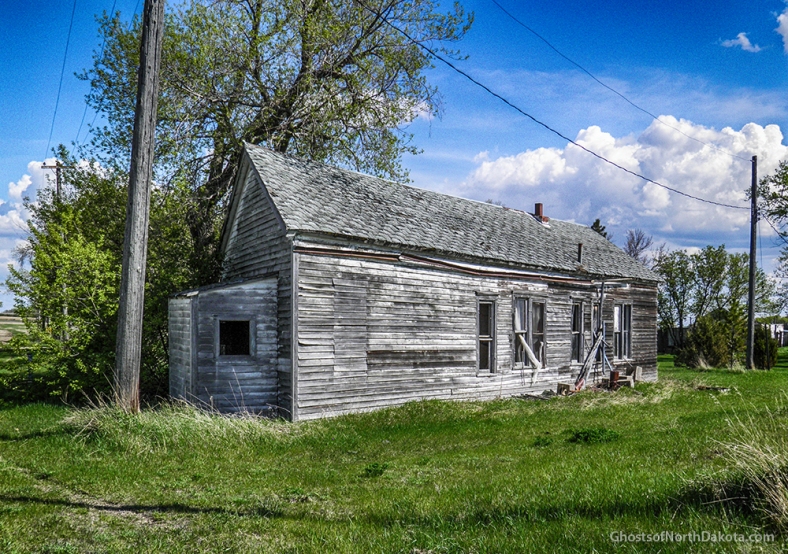 What was this place? A community center? Perhaps someone can comment below.

According to one online account from 2003, this former Lutheran Church in Berwick was purchased by a Rugby resident for $600. It is featured in our book Churches of the High Plains. 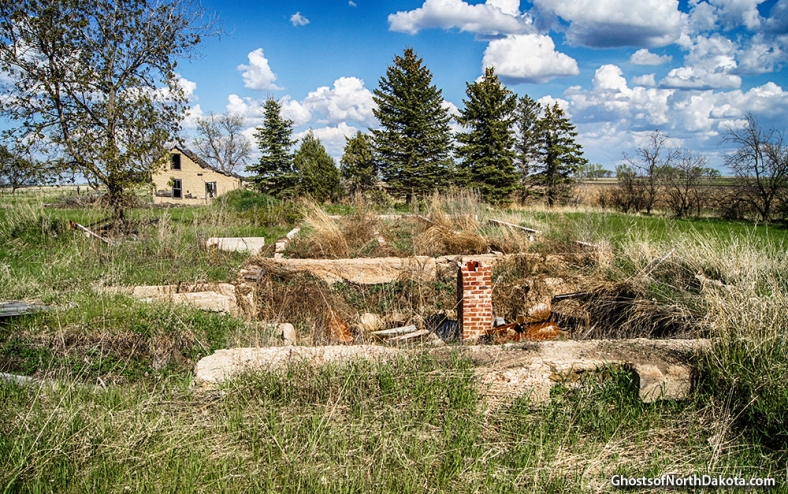 This foundation is reportedly the former site of the railroad depot in Berwick (see comments.) The building was moved to Towner where it became an antique shop.

75 thoughts on “The Ghosts of Berwick Lane”