Coulee is a tiny unincorporated town in the far northeast corner of Mountrail county, about 40 miles northwest of Minot.  Our Savior’s Scandinavian Lutheran Church, a few miles west of Coulee, is on the National Register of Historic Places.  Unfortunately, we didn’t find out about it until after our visit.  We’ll get it next time.

Coulee is actually the second town to wear the name. There was another Coulee in Pembina County, which later became Hallson, and it is now a virtual ghost town. 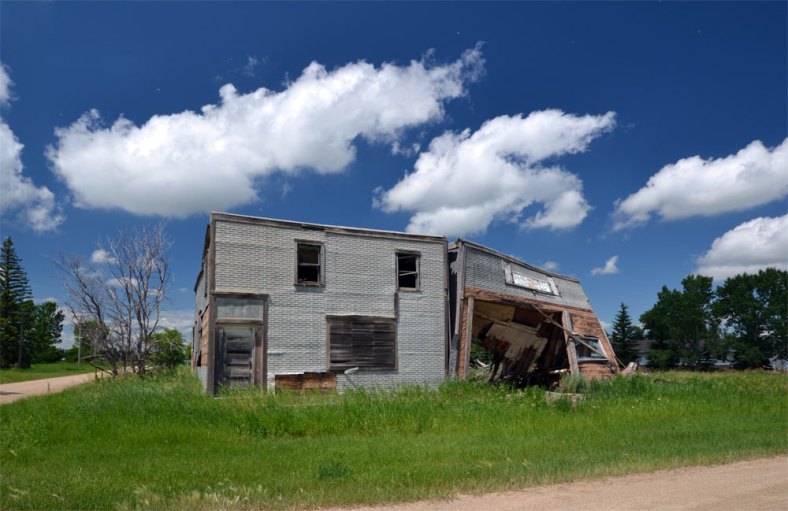 It looks like the last business in this building was Henry Schapp’s Liquor Store. 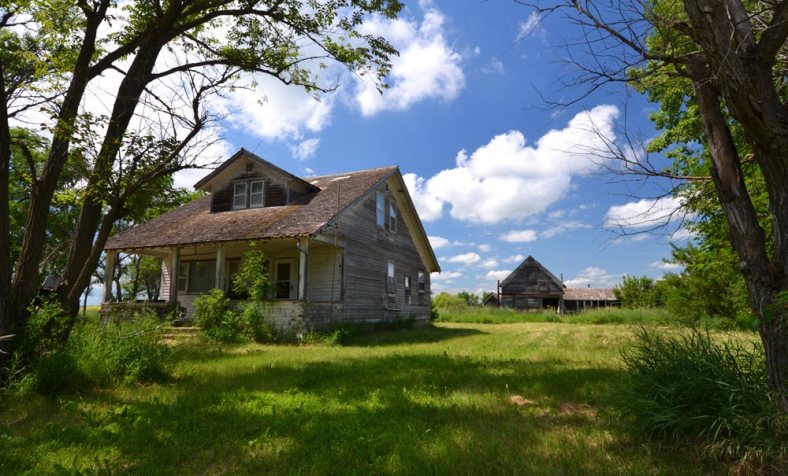 We’re told the home shown above was once the parsonage of the Coulee Lutheran Parish. 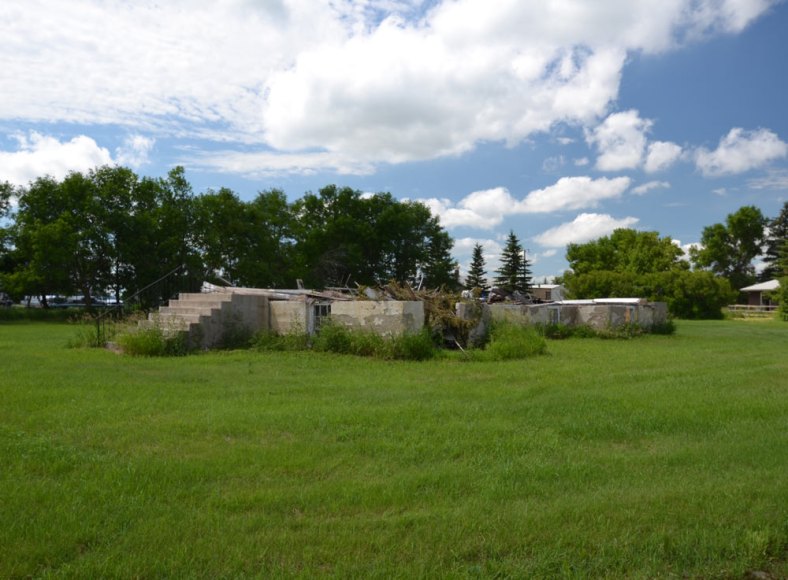 Above and below: The sad remains of a former church. We got to Coulee a few years too late. 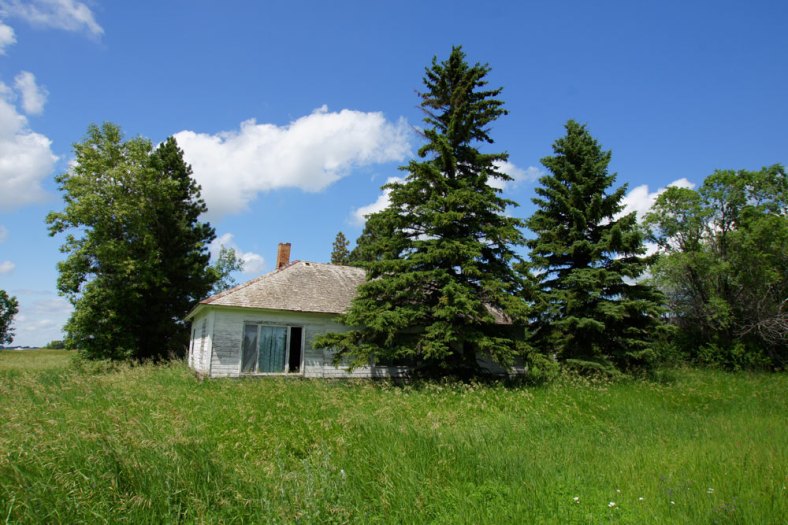 Many homes like this are left abandoned when the last elderly resident passes on and there’s nobody around to move in. Others are left vacant when a family packs up and moves on for greener pastures. Which one happened here, we don’t know.

30 thoughts on “The Pastoral Remains of Coulee, North Dakota”