Raleigh is a secluded little town in Grant County, just a short drive southwest of Mandan. The population is nine, and there are exactly two businesses in operation. The grain elevator does a brisk business, and the local tavern is called The Dogtooth — named after the hills which cut a ragged swath through the township.

We visited Raleigh at the suggestion of Karla, the owner of the Dogtooth, Raleigh’s only watering hole, and we’re glad we did. There are plenty of good places to photograph, plus they had cold drinks and hot cheeseburgers, as promised. Just make sure you bring cash, no credit cards at the Dogtooth. Update: a site visitor reports the Dogtooth has closed. See comments. 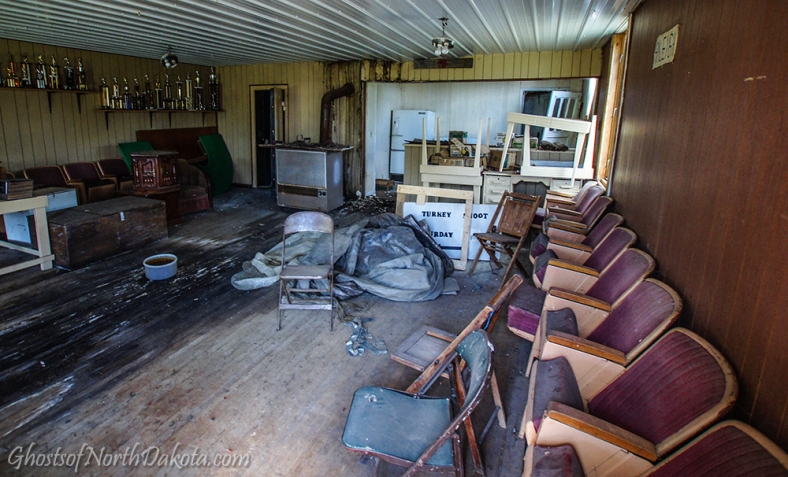 There were black and white photos on the wall of The Dogtooth from some day long ago — some men were pictured around the Freda Grain Elevator, just before they moved it (in the standing position) to Raleigh. We spoke with Karla at length, and she told us the Raleigh school now stands in Flasher.

Raleigh rests in the bottom of a natural bowl, and we were surprised to find we couldn’t get phone service anywhere. 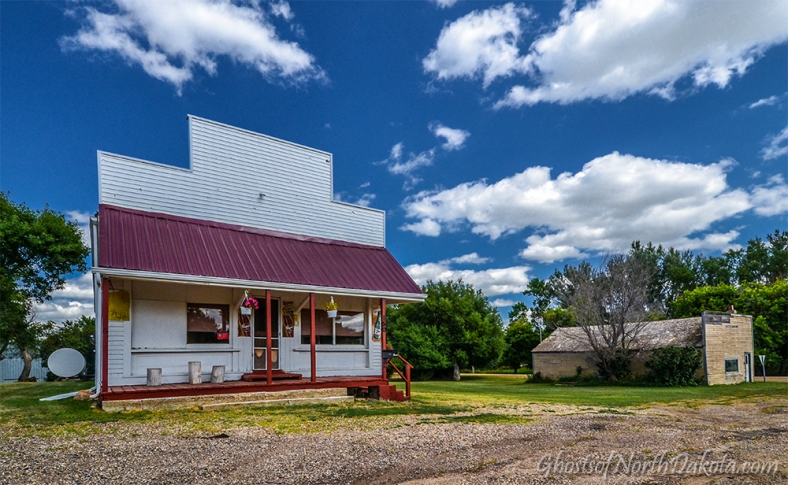 We’re told the owner of this now-closed store passed away nearly three years before our visit. 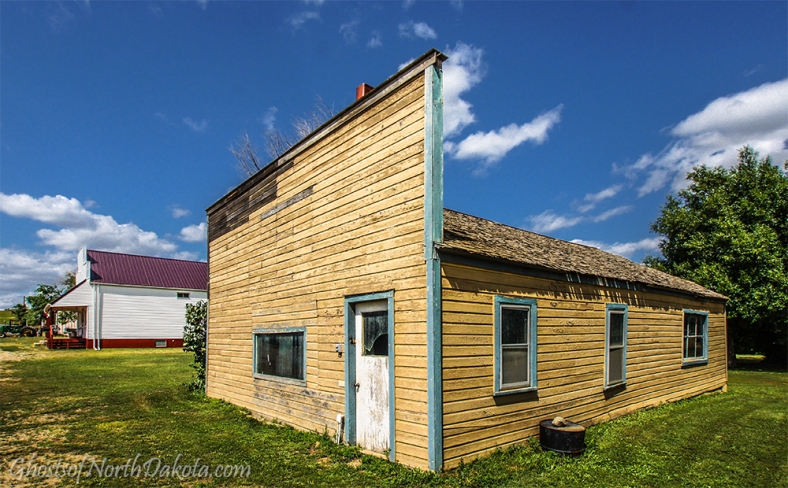 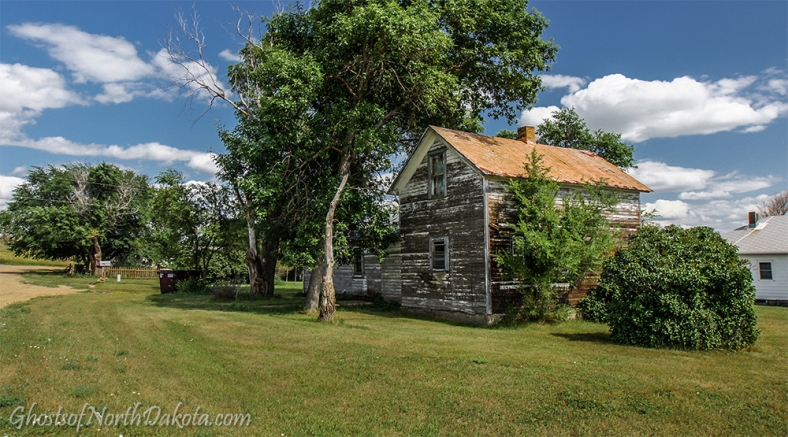 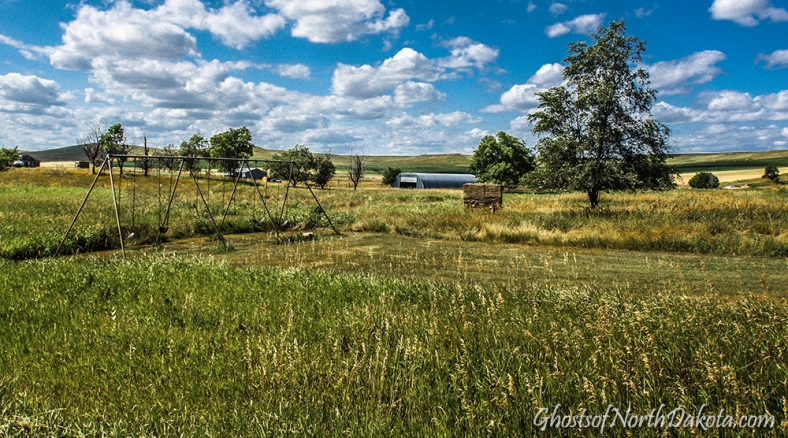 This looks like the remains of the former Raleigh School